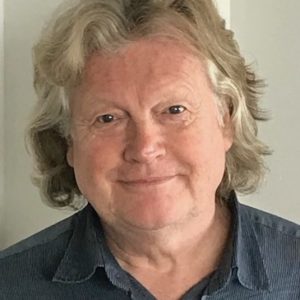 In the 1750s a group of worthies in Georgian London were concerned about traffic congestion in the metropolis, and pressed for a bypass to be built out-of-town, through green fields.   A very early instance of a modern kind of development, you might think.  This is a short account of that bypass, and its effect on transport and its own surroundings.

Georgian political and public life does sometimes feel familiar – but also very different from present times.  In this case the worthies were not concerned about traffic congestion in the centre of town (Westminster and the City).  Instead, they were mostly rich landowners developing land either side of Oxford Street into a newly fashionable and wealthy suburb.  Development itself brought congestion into Oxford Street, but the main problem was the increasing level of through traffic from the West Midlands and the North West making its way along the Street eastward toward the City – and above all else the twice-weekly herds of livestock on their way to the market at Smithfield.

So the bypass was not a public enterprise, but a private, commercial one.  The new road would be a toll road, funded mainly by those Oxford Street landowners and by wealthy lawyers working around High Holborn, at the eastern end of the Street.  A private Act of Parliament was needed for compulsory purchases of land. Planning Acts did not exist.

The new road was named ‘The New Road from Paddington to Islington’ – a usefully literal name that endured for more than a century.  The expansion of London over that period brought with it a need to reform street names, so that individual properties might be more certainly identified by street number. The New Road became:  Marylebone Road for the western, Paddington to Great Portland Street section (in the modern Borough of Westminster), Euston Road for the central section (in the modern Borough of Camden) onward to Kings Cross, and Pentonville Road for the eastern section (in the modern Borough of Islington) onward to Angel, Islington.   In this article I will use “Road” to refer to the New Road bypass as variously extended to the east (see below), and reserve “Euston Road” for its Camden section, regardless of period.

Before the Railway Age

Angel, Islington is at first sight a strange spot for a bypass to end.  The reason was that landowners either side of, and over, the proposed route of the Road had a familiar range of responses to its prospect.  Some saw the potential for building development of their own, others were concerned by that very idea.  The commercial sponsors of the Road wanted to minimise political opposition, and so promoted the Road initially as a wide and broad livestock bypass, enabling herds and flocks to make their way directly from Paddington to Islington, before taking the short, fatal trip southwards along St John Street to Smithfield.

Livestock did not have a monopoly on the Road for very long.  In short order there appeared an eastern ‘City Road’ (still its name) extension of the bypass, from the Angel to Old Street (just to the north of Moorgate) enabling horse-drawn traffic of every kind to make its way directly into the City without negotiating Oxford Street, High Holborn and Cheapside.

Foremost of the opponents of the Road was the Duke of Bedford, whose estate lay to the south of the Euston Road.  He was keen to avoid impairment of his unbroken view northwards over fields from Bedford House[1], in Bloomsbury Square.  But the convenience of the Road was too great to be ignored:  he built a private road from Bedford House to the Road, which was the very first intimation of what became, 150 years later (after a successor Duke finally allowed his road to become public), a major central London N/S artery, from Camden Town, past Euston Station to the Aldwych and Waterloo Bridge.

The extended bypass at first became a barrier to residential development to its north: what developed there was an area of swampy land, brick fields (clay extraction and firing in kilns), refuse heaps and cowsheds – but from about 1790 it acted as a magnet to development along the road and to its south.  Star developments were Park Crescent by John Nash and the Prince Regent; and Euston and Fitzroy Squares on the Fitzroy Estate.[2]   From 1820 residential infilling to the south of the Euston Road became complete, when the large Bedford and Foundling Hospital Estates, which had long stood out against development, bowed to the pressure of the times, creating the familiar sequence of Bloomsbury squares replete with high quality houses.

Good quality housing brought in its wake magnificent new churches along the Road, designed by foremost architects – notably Philip Hardwick (St Marylebone, 1813, at the bottom of Regents Park) and Sir John Soane (Holy Trinity, 1824 – at the western boundary of the Euston Road).  But the pick is St Pancras church, at Euston Square, by a then untried[3] father and son architectural team (William and Henry Inwood).   Their design marked the height of the fashion for Greek revival architecture.

London canals were built to the serve the Road.  The town’s first canal basin, connected to the canal network of the Midlands and North, was constructed at Paddington for transhipment of goods to and from the Road, and the Regent’s Canal (built as a Paddington to Docklands goods route in the 1820s) was routed via transhipment basins adjacent to Kings Cross and at City Road.  (For more detail, see https://camdenguides.com/camdens-regent-canal/)

The proximity of the wide Road and the canal proved an irresistible draw to railways, when locating their goods terminals.   The infrastructure for onward shipment by wagon and boat was there, waiting.  And what better place for a passenger terminal than alongside the Road itself? Between 1835 and 1869 four appeared, built by different private companies owning railways reaching London from the west or north – Paddington, Euston, Kings Cross and St Pancras – with Marylebone station an afterthought in 1907.

Kings Cross and St Pancras passenger terminals form a dominant pairing on the Euston Road. The two stations could hardly be more contrasting:  Kings Cross (1851) has its platforms at ground level, and has a simple design by Lewis Cubitt expertly marrying form and function.  St Pancras has high, raised platforms (to give locomotives a head start in their climb over the canal) and a towering frontage, in flamboyant neo-Gothic by George Gilbert Scott – the style that by the 1860s had replaced Greek revival as the favoured choice for most public buildings. (See also https://camdenguides.com/st-pancras-railway-station/ and https://camdenguides.com/the-pied-piper-of-kings-cross-st-pancras/)

The earlier (1842) Euston station was hidden from the Euston Road, but it had a famous entrance – a Doric arch (in a Roman style, rather than Greek) designed by Philip Hardwick (again), visible from Euston Square looking north.  The arch was destroyed by British Rail in the 1960s to enable the construction of a drab set of offices and shops/takeaways.  There is talk of rebuilding it, as part of the current redevelopment of Euston station. (See also https://camdenguides.com/euston-station/)

In 1829, the Road had seen the first London bus (omnibus) – a private, commercial service from Paddington to the City using specially built, wide passenger coaches drawn by three horses abreast, to suit the wide Road.  In the 1860s the Road saw the introduction of the first railway in the world designed to transport people around a metropolis – the Metropolitan Underground Railway (now ‘Line’) from Paddington to Farringdon, built by the ‘cut and cover’ method just underneath the Road to avoid demolition of housing either side and to allow exhaust from the locomotives to escape.   Connection of mainline railways to the Metropolitan Railway in the 1860s enabled cross-London services – still the basis of Thameslink services today. (See also https://camdenguides.com/stage-coaches/)

The Road, railways and canal brought goods yards, warehouses, commerce, industry, engines and coal to the area of the Euston Road.  Conversely, the railways enabled the middle classes to move out to airy, leafy suburbs and become commuters.  The area suffered.

The 19C also saw a final extension of the Road – from the City Road to Aldgate, east of the City – finally turning the Road into a true east-to-west bypass.  Public and institutional buildings began to colonise the busy and convenient Euston Road toward the turn of century – some of them very fine.  Notable surviving examples are the Friends House, the Wellcome Building, the LCC Fire Station, and the Elizabeth Garrett Anderson Hospital.

Slum clearance, the movement out of central London of coal, goods transhipment and industry, and gentrification, changed the Euston Road area yet again in the course of the 20C.  The clearance of the Midland Railway (St Pancras station) goods yards facing the Euston Road (which had themselves replaced 19C slum housing) has given the Road another notable building in the shape of the British Library.

Satisfyingly, despite the best efforts of post-WWII road planners, the Road has retained its character both as a bypass (it is part of the Inner Ring Road) and as a boundary – it corresponds to the northern border of the TfL Congestion Zone.  It endures, still an agent for change and development.

The image at the top of the page shows the Congestion Charge Zone, and the Road/Inner Ring Road. Wikimedia Commons.

[2] belonging to the Duke of Grafton and Lord Southampton.  Euston was a country seat of the Fitzroy family.

[3] They were the winners of an architectural competition