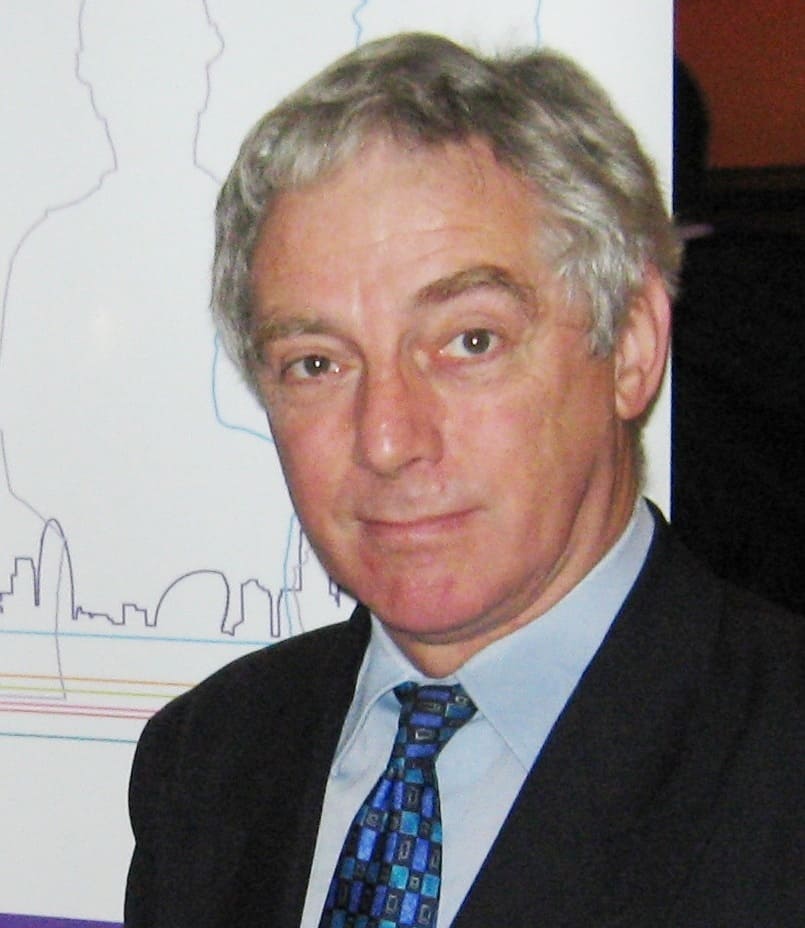 ‘From street to street he piped advancing’

Robert Browning’s famous 1842 poem describes Hamelin’s public health woes of 22nd July 1376 along with the consequences.  The story can be traced back almost a century earlier, to 26th June 1284, and it has been given modern resonance with Covid-19, travel and best practice comparisons in public health management, not least with Germany.

The Pied Piper of Hamelin is a story rich in myth, fable, legend, music and history. It explores public health contract outsourcing. It has been seen as rooted in mass regional and pan-European migrations. Civic heritage, religion, dance, dress, rhymes and poetry are all there – fact and fiction, meaning and metaphor, wiles and warnings. Over the centuries have come remarkable links to London, explored here.

A wealth of Hamelin links and parallels are to be found at King’s Cross St Pancras. A magical cavern into which folk happily disappear emerging elsewhere in Europe, does this sound familiar? Surely it plays out daily at St Pancras International. Meanwhile, every day over the road at King’s Cross. a global mix of young people seek to hurl themselves through a brick wall into a mythical world. So popular is the Harry Potter connection that crowd management is needed to prevent real life journeys being impeded.

More poignantly at Liverpool Street Station can be found a sculpture commemorating the large numbers of children who found refuge in Britain under the Kindertransport, a life and death real life spiriting away of children within living memory.

‘Hamelin by famous Hanover city’ has centuries of links to the British monarchy. King George I arrived on the British throne with the Duchy and Electorate of Brunswick- Luneburg (Hanover) including Hamelin. His ties remained strong, speaking German more than English, he spent a fifth of his reign in Germany and died there. The German links are visible in historic royal arms. When the monarchy’s ties ended can be quite hard to pin down

King’s Cross takes its name from the House of Hanover.The 19th July  2021 marks the two hundredth anniversary of the coronation of King George IV in 1821. In the 1830s a 60ft high edifice to him was built in the middle of the road intersection. Although it was gone within fifteen years the name King’s Cross stuck. Today in the British Library a giant bookcase, comparable in scale to the King’s Cross structure, houses George III’s King’s Library of more than 60,000 volumes

The marriage of Queen Victoria to Albert, the Prince Consort, bought renewed German linkages with Edward VII and George V stretching into the twentieth century. The nineteenth century stonework of St Pancras Station and Hotel proudly displays the ‘Shield of Saxony’.

Originally the Pied Piper story had a strong religious message. St Pancras Old Church is a rare and ancient local jewel and appropriately enough St Pancras is a patron of children, another link to the Pied Piper theme and to a saint with medieval importance across northern Europe. Following the Weser (Werra) upstream, about 75km South of Hamelin near Kassel, at Naumburg, can be found a thirteenth century stained glass dedication to St Pancras.

At Whitsun 1416 a contemporary from the Pied Piper period was royally welcomed at King’s Cross. Sigismund, King of Hungary for fifty years and a future Holy Roman Emperor, arrived with a huge retinue. He and his father were major players on the central European stage at the time of the Hamelin story. Shakespeare’s Henry V Act V tells us Sigismund had been invited to England a few months after the Battle of Agincourt to help patch up Anglo-French relations. Local resident William Bruges, Garter King of Arms, England’s foremost herald and an experienced diplomat, hosted a splendid feast. Place names off Royal College Street celebrate the link from six centuries ago.

On 19th October 2010 St Pancras International welcomed a German ICE train with promises of 4 – 5 hour services to Cologne and Frankfurt. Whilst these as yet remain out of sight, the ICE train pictured sits where there was a dedicated platform for British Army of the Rhine troops, including personnel bound for Hamelin.  On Fridays during the Cold War trains to Luton linked with flights to the Federal Republic of West Germany.

For seven decades after World War II up to 6% of Hamelin’s residents were British (3500 in 1990). For generations Hamelin was home to 28 Engineer Regiment, Royal Engineers and the Royal Corps of Transport along with their families and many of Hamelin’s children. The withdrawal of UK forces from Germany bought local apprehensions about how vacated family housing would be reused. However, in Pied Piper style, Saturday 14th June 2014 saw a departure march through Hamelin complete with musical accompaniment.

King’s Cross became a go-to portal for German migrants in the nineteenth century. At its heart sits the German Gymnasium, ’Die Turnhalle’, designed by German architect Eduard Gruning. Completed in 1865, and despite being bombed by German Gotha aircraft in the First World War, it has survived with various uses including warehousing, offices and exhibitions. It was statutorily listed Grade II, 30th January 1976.  It was just ten days after the German Gym was damaged by Gotha bombers in 1917 that the royal family changed their name from Saxe-Coburg Gotha to Windsor.

The German Gymnastics Society was founded in 1861 and in 1878 had 1073 members. Their building has links to the founding of the modern Olympic movement. On Thursday 17th February 2005 the Gymnasium welcomed the International Olympic Committee. They were assessing the future Eurostar links, a key part of London’s successful bid for the 2012 Olympics. In November 2015 the restored building opened as a 447-seat restaurant serving a ‘Mittel-European’ menu.

There are other local links. Tucked away in Sandwich Street is the German Lutheran Church of St Marien and St Georg whilst Brunswick and Mecklenburgh Squares signpost Germany and Lower Saxony.

By the Thames at Cannon Street was the ‘Stilliarde’ (Steelyard), a secretive and closed community. Between the 13th and 16th centuries it was here that the trading interests of the Hanseatic League were managed, and Hamelin had a loose association with the League.

Where else might Hamelin’s footprint be found in London? Hamelin has ghostly traces in some London street gazetteers. Hamelin Street, Poplar E14, helped define the planning application site for architect Erno Goldfinger’s modernist ‘Balfron Tower’.  Facing it on the other side of the Blackwall Tunnel Northern Approach sits Brunswick Road. Thus Hamelin and Brunswick sit next to a large cavernous tunnel swallowing up folk who emerge on the other side of the river.

Hamelin Street could explain why the ‘walls of Hamelin’ may be all over London!  The local ‘Hamelin’s Patent Mastic’ provided an oil-based mix of brick dust, sand and limestone widely used as a stucco top coat

Writers and poets have long had associations with King’s Cross. More than two centuries ago a teenage Mary Shelley had lodgings at the end of today’s Eurostar platforms. She was just back from Germany and formulating her ideas for ‘Frankenstein’.

At King’s Cross the last two decades have seen the Harry Potter phenomenon go from strength to strength. Across York Way from the station is King’s Place, an arts complex which opened in 2008. It is home to ‘Poet in the City’ and regularly hosts poetry events.

Nearby in Copenhagen Street is Islington’s Lewis Carroll Children’s Library. Author Charles Dodgson’s family middle name, ‘Lutwidge’, helped inspire the pen name Lewis Carroll. Not long ago the British Library, St Pancras hosted a major Alice exhibition. ‘Alice in Wonderland’ opens with her falling down a deep hole and wondering if she will come out on the other side of the world. The book went down well in the Saxe-Coburg & Gotha household, Queen Victoria demanding “Send me the next book Mr Carroll produces”.

‘And out of the houses the rats came tumbling’

What of the rats? The Pied Piper story describes how they,

‘…came to the river Weser

Wherein all plunged and perished!’

A pub on Grays Inn Road, King’s Cross is home to the ‘Grand Order of Water Rats’, presided over by a ‘King Rat’ with a fraternity now spanning three centuries. It may not be on the river Weser but the curve of the roads hint at the mysterious and now buried river Fleet. Members of the Order are drawn from entertainers and comedians and over the years have included famous performers: the late Roy Hudd was a King Rat as was Dan Leno who was born locally. The Order promotes charitable and heritage outreach initiatives, maintains a small museum and runs social programmes.

In the United States there have been public initiatives linked to the Pied Piper and celebrating environmental health. ‘Rat Catcher’ and ‘Exterminator’ days have met with limited success.

The Pied Piper is a story with echoes in pan-European migration. A post-Reformation make-over champions public health management if not outsourcing best practice. The story offers colourful links to London – transport, planning, institutions, place names, culture and more, even comedy. How far will the Covid-19 pandemic weave itself into popular culture and memory? The Science Museum has started assembling material. Evolving language has already seen a dictionary supplement rushed out. Social distancing and commuter patterns are reshaping the public realm, nowhere more so than at a transport interchange. With big data, social media, medical institutions like the Francis Crick Institute and Royal Veterinary College, the locality may offer inspiration for plaques, the naming of research and hospital facilities and tributes to individuals. Discover the area on a walk, but beware, Camden Tour Guides can be beguiling!

For five decades the author has worked on town planning and infrastructure development in and around King’s Cross. He is academic adviser to the Camden Tour Guides Association and has led Pied Piper initiatives with community groups, charities, the voluntary sector, museums and local stakeholders.