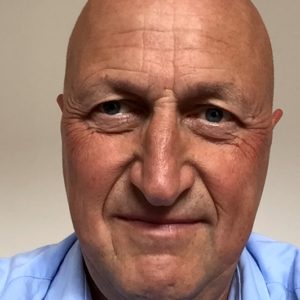 Camden is lucky to have a big chunk of one of the most important water canals in Britain, the Regent’s Canal. Completed in 1820, it was a latecomer to the UK canal network and opened only five years before the first steam railway was built. But it was urgently needed. The then named Grand Junction Canal was bringing raw and finished materials into London on barges from the north and a faster connection was needed to the River Thames and the growing number of docks and basins springing up to serve sea-going vessels east of the city.

The canal linking Paddington to Limehouse was initially the idea of a barge owner, Thomas Homer; but, owing to the finance required, the respected and visionary architect, John Nash, stepped in and included it in his plans for Regent’s Park. It was named after the Prince Regent (later George IV) and work began in 1812. Maybe it is hard to believe now, but nearly 90% of the 13km route was through open countryside, which can be seen in many drawings and paintings of the time.  By the 1840s the traffic and tonnage transported by horse-drawn barges increased considerably, and this was despite the competition from the newly built railways. Heavy loads could be transported cheaply, and wharves, factories and warehouses sprang up on the banks to facilitate the demand. For example, the Pancras Gasworks were built next to the canal so coal could be brought down from Newcastle on sea-going barges direct to the processing plant at King’s Cross.

The canal stretch in Camden starts at York Way in the east and ends at London Zoo in the west and includes two of the most popular places to visit on the canal, King’s Cross and Camden Market.

King’s Cross and St. Pancras: up and under

Kings Cross and St. Pancras mainline stations were built over 30 years after the canal. Because the steam locomotives would have difficulty hauling carriages up over the canal from a standing start, it was decided to to tunnel the King’s Cross tracks under the canal but elevate the St. Pancras station so that the tracks could go over it.  During the Second World War, stop-locks were fitted to this section to prevent the Luftwaffe from flooding the railway tracks by bombing and breaching the canal. Today, the eastern set can still be seen embedded in the canal bank near Maiden Lane Bridge (see featured image).

In the mid-19thcentury it was not unusual for the Regent’s Canal Company to receive proposals for railways alongside or in place of the canal. They were always rejected though in an 1845 scheme the company did consult the famous civil engineer, Robert Stephenson, as to the practicability, expense, and advantages of converting the canal to a railway from Paddington to City Road basin. Other schemes also failed, including a proposal in 1901 to build an elevated monorail like those in New York. Today, although not in Camden, you can still see the evidence of some of these plans such as the mysterious unused span of the Chiltern Railways bridge over the canal, just west of Park Road, built in 1895 when the canal railway was still a possibility.

Although they did initially benefit from each other’s existence, it was ultimately the railways that would send the canal traffic into decline.

Often found near railway bridges you can still see the remains of small recesses with stone steps going into the canal. With the introduction of railway bridges, steam engines startled the barge pulling horses, which often bolted and ended up in the canal. Apart from retrieving their horses from the canal some barge owners used them to wash their horses as well, although it was strictly forbidden.

The land either side of the canal heading west from King’s Cross has seen massive redevelopment in the last 20 years. Granary Square was a former warehouse where barges could enter a covered area to load and unload grain brought in by train. Coal Drops Yard, a former railway depot, has been developed into a shopping destination and foodie hotspot. The ‘Triplets’ — the distinctive (now Grade II listed) gasholders originally seen on the south bank of the canal — have been dismantled and lovingly restored as apartment buildings on the north bank.

The straight, long, and bleak section to St. Pancras Way bridge is mainly lined with housing, warehouses, and offices.  To prove my point, one of the buildings, a former Ted Baker HQ has the name ‘The Ugly Brown Building’. It is easy to recognize if nothing else!

Further on, the canal zigzags to Camden Lock. This was because building the canal was easier and cheaper if you could go under each of the existing roads at right angles, rather than passing through them at different angles.

Most locks on the Regent’s Canal were originally double locks but in 1973 the Waterways Board converted the second locks into a weir, such as can be seen at Hawley and Kentish Town Locks. This not only saved on maintenance but also helped automate and regulate the flow of the water down to Limehouse, which was originally the duty of the lockkeepers, who only worked 8am to 5pm Mon-Fri and 8 till noon on Saturday. Nowadays, the single locks may be used at any time.

Camden Lock is one of the most visited and busiest areas of the canal. In 1975, following the decline of manufacturing in the area, many of the existing warehouses and workshops were converted into a small indoor and open-air craft market that attract many thousands of tourists and locals every weekend. The angled Turnover Bridge was built to allow barge horses to cross the canal to avoid the wharf and buildings and is the only point on the canal heading east when the tow path was on the southern side.

The short stretch west of Camden Lock used to be the home of Gilbey’s Gin. There is a sudden rise and drop of the towpath over the entrance to what is locally known as Dead Dog Tunnel where barges could enter ‘The ‘Interchange Warehouse’ to unload and load their goods between the canal and the railway wagons above.  The large white building on the southern side also used to be the gin warehouse but is now private and expensive apartments.

Further west, we come across Pirate Castle, built by Richard Seifert & Partners, which opened in 1977 and was funded by donations no doubt encouraged by a sign hanging under Gloucester Avenue Bridge proclaiming “You are about to be raided by Pirates – have your treasure ready”. Today, it is home to a water-based club for disadvantaged young people. It was also the place where in Sept 1977 the Camden Mayor, Bob Humphreys, took an unplanned dip in the canal while visiting the Camden Canoe Club summer project. In full regalia and weighted down by his hefty gold chain, he was soon pulled out and hauled ashore by helping hands, much to the amusement of onlookers, but later admitted that it was nice to be totally immersed in water instead of work!

The final stretch in Camden runs down to the Cumberland Spur which used to run for 800 metres and bring fresh food products down to the Cumberland Market, just off Albany Street. The spur is a lot shorter now as building rubble from the WWII blitz was used to fill in the canal and now it is a car park for Regent’s Park. The Feng Shang Princess, a three-level ‘floating’ Chinese restaurant, is moored up in the shortened spur.