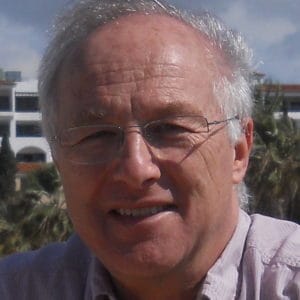 On becoming editor of these blogs, I inherited the foregoing title and no-one to write it.  At first I thought it was probably a null set, because, unlike other squares in Bloomsbury, such as Fitzroy and Gordon, no particular literary associations sprang to mind.

Indeed, the person who superficially seems most associated with the Square is Charles James Fox (1749-1806), whose statue has stood on the northern side since 1816.  But that fails to meet the test of the title on two counts.  First, Fox was a Whig politician, not a writer; and, second, he actually had no particular association with the Square other than the whim of the 6th Duke of Bedford, the owner, who was Fox’s patron and wanted to commemorate the association of the area with the Whigs.  Nonetheless, the statue did inspire Louis MacNeice to write the following lines in his poem October in Bloomsbury:

Dominating the Square nowadays is Victoria House, begun on the eastern side in 1920, former home of the Liverpool Victoria Friendly Society, which was once the nation’s largest office block.  It is on the site of the mansion of Lord Mansfield, a former Lord Chief Justice, which was burned down in the Gordon Riots of 1780.  Though not himself an author, Mansfield did have a magnificent library, replete with his own marginalia, which was also a victim of the fire.  The events were described in some detail by Charles Dickens in Barnaby Rudge, including the loss, among the non-legal books, of “the rarest collection of manuscripts ever possessed by one private person in the world”.

The Square itself was originally called Southampton Square and was the first junction of roads in London to be called a square.  It began as the garden of the mansion belonging to Thomas Wriothesley, Earl of Southampton, which was completed in 1660, having taken 20 years to construct because of delays caused by the Civil War.  The square garden was on the site of a former cherry orchard and was modelled on the recently completed Covent Garden piazza designed by Inigo Jones.  The later name, Bloomsbury Square, reflects the association with an earlier owner of the land, William de Blemund, and is a corruption of Blemundsbury. The estate passed into the hands of the Bedford family after the Earl’s death in 1667 when his daughter married William Russell, son of the 4th Earl of Bedford.  The mansion was renamed Bedford House but was demolished in 1800.  (It was the focus of a riot in 1765 when Spitalfields weavers objected to a veto by the Duke of Bedford on a bill to levy import duties on silks from the Continent.)

Originally there was an unusual layout of housing, for wealthy families on three sides and servants’ houses on the fourth.  Short-term leases were sold piecemeal to small-scale builders, who in turn sub-leased the buildings to developers who further rented them to tenants.  At the end of the main lease the property reverted to the Earl.  A similar system was used over the next couple of centuries to develop the west end of London.

The first writer with a connection to the Square was the seventeenth century diarist, John Evelyn (1620-1706).  He visited in 1665 to dine with the Earl of Southampton and was struck by the building of “a noble square or piazza, a little towne”.  His words are recorded on a plaque in the centre of the Square (above).  In fact, it became one of the most sought-after suburbs of London.

A BUTTERFLY FLAPS ITS WINGS….

The only writer with a commemorative plaque in the Square is Isaac D’Israeli (1766-1848), who lived at No.6 in 1817-29 in an eighteenth-century house possibly designed by the architect Henry Flitcroft.  D’Israeli is mostly known nowadays as the father of Benjamin Disraeli, but he was a man of letters himself.  The story behind his alienation from his native religion of Judaism, without which his son could not have become Prime Minister, is of interest.  He was a prominent member of the Bevis Marks Synagogue in the City, the oldest synagogue in the country.  Normally when a person falls out with his synagogue it is because of some perceived slight or lack of respect.  In D’Israeli’s case, it was almost the opposite.  It was his turn to assume a prominent position in the synagogue hierarchy, but he did not want it.  The elders insisted; he refused; and he left in such a huff that he had his children baptised into the Church of England (though he did not himself convert despite writing a book critical of contemporary Judaism, The Genius of Judaism).  This is chaos theory in action – who could have predicted the result of that obscure dispute in the first half of the nineteenth century being the birth of One Nation Conservatism in the second half?

D’Israeli wrote several books, the most popular being Curiosities of Literature which ran to eleven editions.  His book entitled The Life and Reign of Charles I earned him a DCL from Oxford.

Sedley (1639-1701), a baronet, wrote poems and plays.  He was also a notorious libertine and a Whig MP who died while still in post.  There is an eerie echo forward in time to Fox, also a womaniser who died as a Whig MP.

Steele (1672-1729) was an Irish writer, playwright and politician, yet another Whig MP, although not for long because he was expelled after writing a pamphlet in favour of the Hanoverian succession to the throne.  His reward came in the form of a knighthood following George I’s accession.  He is chiefly remembered for founding, along with Joseph Addison, The Spectator magazine in 1711 and also the Guardian newspaper in 1713.

Akenside (1721-70) was a physician by profession.  His most famous poem was The Pleasures of the Imagination, published in 1744.  (By curious coincidence, Joseph Addison, just referred to, had published a series of papers with the same title in The Spectator in 1712.)

There is one final literary figure worth mentioning.  That is Gertrude Stein, the American writer and art connoisseur, who rented rooms at 20 Bloomsbury Square, along with her brother Leo, in the autumn of 1902.   Although she relished her time in the British Museum, just down the road, she “wandered about the London streets and found them infinitely depressing and miserable”.  Within a few months she followed her brother to Paris where she became a legendary figure.

“BUT APART FROM THAT, MRS LINCOLN, HOW DID YOU ENJOY THE PLAY?”

I conclude that there is, after all, enough material to justify the title “Writers and Bloomsbury Square”; but it might be missing the main point about a part of London of significant historical importance going well beyond literary associations.

Featured image at the top of this page is Bloomsbury Square from the south, © Stephen Collins, 2021