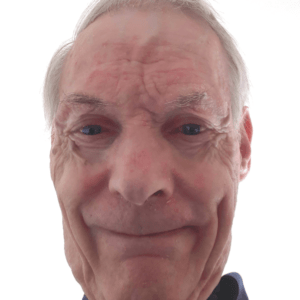 ‘What an Odd Couple!’: Rimbaud and Verlaine

Camden Town represented a crucial turning point for the great French poets Arthur Rimbaud (1854-1891) and Paul Verlaine (1844-1896). Their time at 8 Great (now Royal) College Street has a significance out of all proportion to its length, a mere 38 days. That, however, was not their first address in what is now Camden.

From the Commune to Camden

Verlaine records his first impressions of London in his Lame Sonnet (Sonnet boiteux), published in 1883: ‘London smokes and cries. Oh what a city of the Bible! /… / And the houses in their terrible shrivelled state / Frighten like a senate of little old ladies.’ He also thought the city ‘prudish but with every vice on offer’. Perhaps the pair experienced a powerful culture shock. Having settled in, they frequented the British Museum and mingled with Communards in Soho (the French Quarter at that time), quite possibly in both locations at the same time as Karl Marx.

On 27 May 1873 they rented a top-floor apartment at 8 Great College Street from a Mrs Alexander Smith. Verlaine initially found Camden Town ‘very cheerful (gai)’ and wrote that it wasn’t far from Highgate and Hampstead Heath. For Rimbaud, London made Paris look provincial.

To eke out a living, they advertised French tuition: ‘Leçons de Français, en français – perfection, finesses – par deux Gentlemen Parisiens’. Their English was quite good, and included expletives; even before learning it, Rimbaud had nicknamed his home town Charleville, near the Belgian border, ‘Charlestown’. They also offered lessons in Latin, in which they had written verses at school. Rimbaud later learned several other languages – European, Asian and African. Verlaine read English poetry avidly, especially that of Tennyson with whom he felt an affinity.

The ‘masculine’ and the ‘feminine’

The two poets’ relationship was complex. Though married since 1869 and with an infant son, Verlaine was also gay and, after several attempts to abandon homosexuality, seems to have resumed it under the influence of Rimbaud, who, however, had apparently never had a gay relationship. Later, Rimbaud had an Abyssinian mistress while working as a merchant in Aden.

Verlaine, moreover, denied that they had a gay relationship and none of their poems hints at one. In To Arthur Rimbaud (1890) he calls Rimbaud ‘a ladies’ man’: ‘Women will see in you a tall young man, very strong’. Rimbaud’s height was in fact remarkable for the period – about 1 metre 77, or 5 ft 9 (like D. H. Lawrence); Verlaine was 5 ft 8½.

According to Verlaine’s biographer, Joanna Richardson, Rimbaud and Verlaine had a masculine and feminine mentality respectively. It seems that Rimbaud grew sick of Verlaine’s weakness and of homosexuality as a form of ‘the disordering of all the senses’ (le dérèglement de tous les sens), his own aim. Verlaine was nevertheless essentially faithful to Rimbaud even after their friendship collapsed, and arranged publication of his Complete Poems in 1895.

Another famous expression of Rimbaud’s, Je est un autre (‘I is another’), is strikingly reflected in a section of the great prose poem sequence Une Saison en enfer (A Season in Hell), largely written at Number 8. In ‘Foolish Virgin, the Infernal Spouse’, Rimbaud imagines Verlaine’s images of him: ‘He [R] was almost a child… His mysterious delicate ways had enchanted me. […] And often he lets fly at me, poor soul that I am. The Demon! – He’s a Demon, you know, he’s not a man. […] He pretended to be informed about everything: business, art, medicine. I followed him, you have to!’ This section ends ‘What an odd couple!’ (drôle de ménage !). A Season in Hell is effectively a manifesto of a free spirit.

Rimbaud also vividly evokes his influence on Verlaine in his other (incomplete) prose poem sequence Illuminations (c. 1873-75). Verlaine published it in 1886, with ‘the late Arthur Rimbaud’ as author – though he was still alive and unaware of its publication. He also gave the sequence its title, deliberately pronouncing it ‘Illuminairchuns’; the word referred to coloured plates. In the section ‘Vagabonds’, Rimbaud writes of Verlaine, ‘I had made light of his infirmity […] I had indeed, in all sincerity, pledged to restore him to his primitive state as a child of the sun – and we wandered, nourished by wine from the caves and biscuit from the road, me impatient to find the place and the method (formule).’

Illuminations also reflects Rimbaud’s experiences of London, as in the section ‘City’ (Ville): ‘I am an ephemeral and not too discontented citizen of a metropolis considered modern because every known taste has been avoided in the furnishings and exterior of the houses as well as in the city’s layout. […] … from my window I can see new spectres rolling through the thick and eternal coal-smoke – our shade in the woods, our summer night!’

Both A Season in Hell and Illuminations reveal a remarkable maturity in this precociously talented poet, aged no more than 20 at the time.

Though Verlaine wrote no poems at Number 8, he features London in two exquisitely lyrical ones he entitled, in English, Streets (1874). They evoke Soho, with the refrain ‘Let’s dance the gig’, and the Regent’s Canal in Paddington (‘It rolls without a murmur, / Its waves opaque yet pure’).

First knives, then a gun

Violence is a central theme of the pair’s relationship at Number 8. Verlaine had already been shockingly violent towards his wife, mother and infant son. A nickname, ‘The House of Knives and a Herring’, reflected the violence there. The word ‘knives’ alludes to a game invented by Rimbaud in which the pair thrust knives wrapped in towels, with only the tips visible, at each other; having drawn blood they went to the pub. A late poem by Rimbaud, Shame (Honte), seems to allude to this game he played with Verlaine; there is also a 16-minute film about life at Number 8, House of Knives (2012).

The word ‘herring’ alludes to the most notorious, and decisive, violence at the house. On 3 July 1873 Rimbaud derided Verlaine on seeing him returning with a herring and a bottle of olive oil. Such was Verlaine’s account; Rimbaud, however, claimed he had merely rebuked Verlaine for laziness and for insulting some of his friends.

It is certainly true that Verlaine left the house in a rage and headed to Brussels. Rimbaud, feeling abandoned, wrote imploring him desperately to come back. Verlaine then summoned Rimbaud to Brussels, where in a heated argument he shot him, wounding him slightly on the wrist. As his violence grew, Rimbaud called the police, who subjected Verlaine to a humiliating series of ‘rectal’ examinations designed to detect homosexuality in keeping with prevailing medical theories. Rimbaud subsequently withdrew his complaint, claiming there had just been an accident, but on 8 August 1873 Verlaine was fined 200 francs and sentenced to two years imprisonment in Belgium.

In 1875 the poets met once more, in Stuttgart, not on good terms. Rimbaud returned briefly to London in 1874, staying at Stamford Street in Southwark, and in 1875 at 12 Argyle Square, Bloomsbury, where his mother and sister visited him (the building still stands). Between 1875 and 1893 Verlaine went to Lincolnshire (teaching French, Latin, Greek and art), Hampshire, Oxford and London; his late poems include Fog! (his English title), about London’s weather, and Recollection of Manchester (he saw the city ‘not very well and not very much / Through fog and lumbering steps’).

Rimbaud abandoned poetry by 1875. He subsequently travelled and worked extensively, finally running an agency in Ethiopia for a firm in Aden. He impressed people as intelligent, quiet, secretive and a scrupulous worker. In 1891 a serious complaint affected his right knee and his right leg was amputated. After the operation, bone cancer was diagnosed. He suffered great pain and died in France on 10 November, aged 37.

Verlaine’s last years were marked by drug addiction and alcoholism, though he was esteemed as a poet. He died on 8 January 1896, aged 51. The phrase poète maudit (accursed poet), which he coined, has a specific meaning but could apply more basically to the pair. Their disorderly lives were a price to pay for their great talents and posthumous influence.

The owner of the house, who bought it in 2007, later put it up for sale unknown to the Rimbaud and Verlaine Foundation (R&V), which had envisaged a European-style poetry house there. Though he had planned to bequeath it to R&V and has since withdrawn it from sale, he wants it used for community purposes other than a poetry house. Its future remains to be resolved.

R & V at No. 8: https://aspaceforus.club/rimbaud-and-verlaine