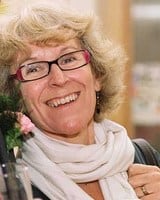 London today has 35,000 acres of public green space equivalent to 40 per cent of its surface area. But if you walk north of Chalk Farm today you will see that there is virtually no green marked on the map. However there are three hidden bits of open green space that are not marked on the A to Z.

The name Chalk Farm, originally open land, comes from the name of a Farm House near Primrose Hill, once called Chalcot. A bit further up the hill we come to the London County Council, LCC, coat of arms on the corner of Haverstock Hill and Maitland Park. This estate was developed by the LCC in the 1940s, with a central open space for recreation and leisure.

What did the LCC ever do for us?

The LCC,1889 -1965, was probably the best local government authority this country has ever experienced. From the chaos of Metropolitan Boards and local vestries the LCC provided a coordinated and effective government for London.

But what did the LCC ever do for us?

After the passage of the Town and Country planning act of 1947 each local authority had to produce a development plan. The LCC plan was published in 1951. Regarding open space, the LCC adopted the principle of 4 acres per 1,000 population, with an interim target of 2.5 acres. When reviewed in 1960 the total area of open space had increased by 6.3 percent to 8,776 acres, equivalent to 4,388 football pitches (recall that the area and population of the LCC was below that of what is now called Greater London). The work of the LCC in the provision of open spaces was praised by friends and foes alike. Early on in the life of the LCC, after expenditures on drainage, education, and the fire brigade the financing of open spaces topped the list of municipal expenditure.

From its earliest days the LCC also encouraged the provision of small recreation grounds in working class areas. Initially it worked with voluntary organizations such as the Metropolitan Public Gardens Association.

So began the reign of Park Keepers and Park Superintendents, of whom we may have fond or troubling memories! Often refreshment rooms and free concerts were arranged in LCC Parks. In 1890 the LCC obtained powers to use public funds for free concerts. The general view of LCC was that open spaces would improve public health.

On the edge of the Maitland Park Estate grassy area there is a statue called Generations by Geoffrey Harris. This was paid for and erected by the LCC.

In 1956 the LCC set up the Art Patronage Scheme, to provide public art in public open spaces and in schools. By 1964 over  70 works had been purchased to adorn public spaces. In 1956 the LCC set aside £20k per annum for the scheme – over half a million pounds in today’s money.

If you carry on along Maitland Park Road into Southampton Road you come to St Pancras Almshouses – intended as ‘an asylum for decayed and deserving ratepayers of the parish’ .  In 1850 a group of local philanthropists was called together by Dr. Donald Fraser, the senior churchwarden of St Pancras parish church, ‘to save respectable characters from the workhouse’.  Dr. Fraser was dismayed that in the workhouse elderly couples were forced to live apart, just when they needed each other most.

The first St Pancras Almshouses were built in the parish just north of Prince of Wales Road but it was not long before the coming of the railways swept them away. After a battle over compensation that went to the Lord Justices’ Court – the equivalent of today’s Court of Appeal – a new site was bought (for £1,300) in Southampton Road, and the first buildings there went up in 1859. One hundred and fifty years later, in 2009, they celebrated their history and paid tribute to the generous-spirited Victorians who established the charity.

They marked this anniversary year with various events and activities, from an historical exhibition to a specially written play about the building of these almshouses, and from a video with interviews with the residents to a celebration garden party at which the Patron of the Almshouse Association, HRH The Prince of Wales, was the guest of honour.

Today the St Pancras Almshouses are home to 50 people – some single, some couples – living in one and two-roomed flats. Residents have to be aged at least 55, must have lived in the borough of Camden for ten years or more and be in housing need of some kind. The Almshouses are the responsibility of a Board of Trustees, and a small management team maintains the buildings and gardens and helps residents live independent lives.

Nearly adjacent to the Almshouses we come to St Dominic’s Priory RC Church. In non-Covid times you can go quietly through the church and out the side door at the far end of the church. While passing through, you will notice at the back of the church, a pre-Reformation stone column, rescued from the original Priory near Blackfriars Bridge in the City of London. The church also has a superb “Father Willis” organ, made in Kentish Town.

Outside at the rear of the church a small garden has been created which is open on Sundays. This small walled garden is reached  from Alan Cheales way. The garden was commissioned by the Dominicans as a spiritual and meditative space and was opened in 2019. It was created from an overgrown barren piece of land and offers a quiet space with benches, the central focus being a specially designed statue from Italy of the Virgin Mary.

Camden may have glorious Hampstead Heath and the elegant squares of Bloomsbury, but it can also boast of green open spaces adjacent to council houses, between almshouses and the odd secret garden behind a church!

Featured image at top of this page is the entrance to the Maitland Park Estate,   Julian Osley CC BY-SA 2.0