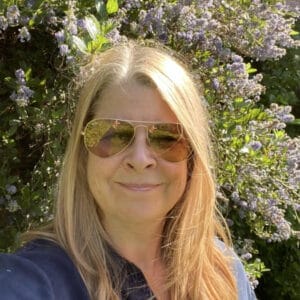 As we are focusing on transport within the borough of Camden we must include the world famous Iconic London taxi trade, although the taxi trade is not limited to Camden alone and covers the whole Metropolis that is London.

What’s in a name?

LICENSED LONDON TAXIS, which is their correct name, are the iconic, purpose-built and only vehicles that are licensed to “ply for hire” (be available for hire and stop and pick you up at the raise of a hand or from a queue of taxis in a specified area known as a Taxi Rank) in London. They are also sometimes called ‘Taxis’, ‘Cabs’, ‘Taxicabs’, ‘Hackney Cabs/Carriages’ and even ‘Sherbets’.

But the name probably used the most is ‘Black Cabs’ because at one time they were all painted black, although today the come in all different colours and some even have advertisements on them; these are referred to as liveried cabs .

The term ‘Hackney’ is nothing to do with the area of the same name in East London; it is a corruption of Haquenue, a type of horse believed to be of Flemish origin, with a steady gait or rhythm, particularly in ‘trot’, giving a comfortable ride. These Hackney horses would be used to pull the horse-drawn vehicles at the beginning of the licensed taxi trades’ 350+ year history. The name ‘taxi’ comes from the word taximeter, the machine that calculates the fare, and cab, short for cabriolet, the French word for ‘carriage for two, with a light folding hood.’

A bit of history

The first taxi licence was issued by ‘Lord Protector’ Oliver Cromwell in 1654, at the same time introducing the six-mile distance limit (the distance a taxi is obliged to take a passenger without refusal). This was with reference to six miles of communication, the chain of defences around London prior to the Civil War which began in 1642 (this was later changed to 12 miles by Ken Livingstone during his time as Mayor of London in the early part of the 21st century.)

Prior to 1654 there were taxis as such, but they were not regulated and were very disorganised. Carriages were originally privately owned for personal use, but as they were so expensive to run owners would rent them out to coachmen who would hang around at the yards of Inns offering their services to potential customers.

In 1636, enter retired Mariner Captain Bailey who conducted an experiment! He had four Hackney coaches constructed and their drivers kitted out in livery (smart uniform). He instructed them on what fares to charge and had them line up one behind the other close to the site of the Maypole on the Strand (near the church of St Mary le Strand) ;and so effectively the first taxi rank was born.

The original cabs were horse-drawn and over the years, just like the motorised type, there are too many to talk about in great detail, but probably the most well known is the ‘Hansom’. Described by Prime Minister Benjamin Disraeli as the Gondola of London, the Hansom was a two-wheeled carriage that could be pulled by just one horse. It was designed by Joseph Aloysius Hansom who originated from York and was actually also quite a prolific Victorian architect. In 1834 he had it patented as the ‘Hansom Safety Cab’.

The design, using only one horse, made it much more cost-effective to run than the larger cabs that used two or more horses. Intended to take two passengers inside with the driver outside, these cabs were a lot smaller than others, making them faster and more agile, which came in handy for navigating London’s narrow streets. Altered and improved over the years, the Hansoms would last until the early 20th century until eventually losing out to motorised Taxis.

The legendary Knowledge, the famous London geographical exams which all taxi drivers have to pass, is believed to have come about as a result of the Great Exhibition of 1851, which was held in the Crystal Palace, Hyde Park. The Knowledge was made a requirement by its regulators in 1865.

Today the exams are a series of mainly oral tests called ‘Appearances’ which involve explaining to an examiner how to get from one place to another (a ‘run’), from memory. I passed the knowledge in early 2001 and at that time the ‘Blue Book’ (list of runs, ie routes/journeys) you had to learn numbered 400; but since these runs are just part of the framework that makes up the geography of London, basically the examiner could ask you anything! So along with all the various points of interest at each end and along the way that’s a lot of learning to take in. Scientific tests done on licensed Taxi Drivers revealed that their hippocampus, the part of the brain used to store information, is much larger than that of non-taxi drivers as it has had to stretch to accommodate the amount of information taken in while assimilating the Knowledge.

Taxi Drivers are also required to take an advanced form of Driving Test.

Today the Taxi trade is making environmental progress with the introduction of Electric Taxis — two are shown above, The LEVC TXE and Nissan Dynamo. However this is not as forward-thinking as you may think as the first non-horse powered taxi was actually electric! Designed by electrical Engineer Walter C Bersey (and hence informally called a ‘Bersey’), it was introduced in 1897 by The London Electric Cab company Limited and was known as ‘the Hummingbird’, owing to the noise it made. It had a speed of 9mph and a range 30 miles but did not last long because of various manufacturing faults, and by 1899 the company was in liquidation. Today’s electric taxis are much stronger, faster, and have a longer range, the Nissan in particular over 124 miles; the TXE has less range but also has a small petrol-powered engine as back-up.

A touch of nostalgia

The iconic vehicles that dominated the capital for decades were the Austin FX4 and later the Car Bodies/LTI Fairway. These are the images people, me included, still associate with the London Taxi, curvy, black, shiny and trimmed with chrome. These would be ranked up in inside Camden’s three main railway stations in the days when the taxi ranks were actually inside the buildings, not that long ago. In fact the rank at Euston had been below ground from the 1960s to 2019. Today taxi ranks at all three of the major Camden stations (King’s Cross, St Pancras and Euston) are outside in the open air.

The History of the London Cab Trade, Phillip Warren