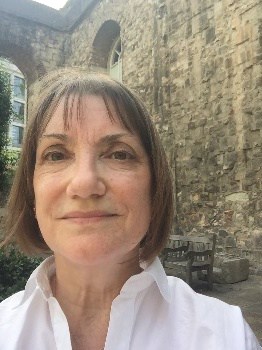 The lost healing wells of Camden

We have been reading about notable women involved in the more traditional forms of medical treatment in Camden.  This week we have gone in search of what some might call a more holistic type of treatment – medicinal waters, and the spas and wells that provided them to eager London residents.

Standing on the corner of Kilburn High Road today, it is hard to imagine a healing spring bubbling up from under the tarmac.  Nonetheless, pavement and wall plaques assure us that we are at the site of the once-popular Kilburn Wells, rival to those of Hampstead.    From medieval times, spring water has been considered to have curative or therapeutic properties.  London’s geology produced many springs linked to the rivers that flow into the Thames.  By the 17th century, doctors were recommending ‘taking the waters’ to their patients. Over the next two hundred years, this led to the construction of spas around many of the spring sources north of the Thames.  Today their sites lay within the boundaries of the London Borough of Camden, but the traces are revealed in different ways – it needs some detective work to track them down.  Let Camden Guides help you with the clues…

In the later 17th century, it was realised that some of the springs and wells in London contained minerals to a greater or lesser degree, acquired on their journey through the London gravel and clay before they reached the surface. Although detailed water analysis was not possible until around the 1820s, most of the springs seem to have contained iron, magnesium sulphate or sodium sulphate.  The London purging waters were frequently given warm, or mixed with milk or made into possets.

Amazing claims began to be made for their efficacy in curing disease: the water of St Chad’s Well (situated near today’s King’s Cross Station, in St Chad’s Place) was considered to be ‘actively purgative, mildly tonic, and powerfully diuretic’.  The Pancras Wells, located just to the north of St Pancras Old Church, were extolled for their success in countering ‘obstinate cases of scurvy, king’s evil, leprosy, and all other skin diseases’ – as well as being ‘a general sovereign help to Nature’.

Powis Well, near the Foundling Hospital, close to the north-west end of Great Ormond Street, produced water of a ” diuretic and gently purging quality, good for the cure of sore legs, inflammation of the eyes, giddiness and obstinate headaches, as also in rheumatic and paralytic cases” – customers bathed in it as well as imbibing it.

Bagnigge Wells were near Bagnigge House, which was believed to have been the country house of Nell Gwynne, mistress of Charles II.  They were located near today’s junction of King’s Cross Road and Calthorpe Street,  with a 1930s block of flats named Bagnigge House nearby, as a reminder of the history. In 1757 two wells near Bagnigge House were tested and at least one was found to be chalybeate – also known as ferruginous waters, these contain salts of iron.

The most famous chalybeate waters at the time were those of Tunbridge Wells, which had been discovered in 1606.  They were said to make ‘the lean fat, the fat lean; it killed flat worms in the belly, loosened the clammy humours of the body, and dried the over-moist brain.’  What an endorsement! It is hardly surprising that, when identified in the early 1700s, the chalybeate springs in Hampstead and Kilburn were swiftly exploited, in direct competition with Tunbridge Wells.

Attempts were made to bottle the Hampstead waters and sell them in the City of London, Hampstead already having a reputation as a place of clean air and a health-giving environment compared to the city streets.  The waters were bottled on the site of the pub “The Flask”, on Flask Walk, which leads directly into Well Walk.

An advertisement posted by the trustees of the Wells in the “Postman”, on the 18th April 1700 reads:

‘The Chalybeate Waters at Hampstead being of the same nature and equal in virtue with Tunbridge Wells and highly approved of by most of the eminent physicians of the College, are by direction of the Trustees of the Wells aforesaid, for the conveniency of those who yearly drink them in London carefully bottled up in flasks and sent to Mr. Phelps Apothecary at the Eagle and Child in Fleet Street every morning at the rate of 3d per flask’.

The trustees were also keen to prevent fraud: ‘the said Mr Phelps to prevent Counterfeits hath ordered his servants to deliver to each person who comes for any of the waters aforesaid, a sealed ticket viz: a wolf rampant with 7 Crosslets. Note! the messengers that come for the waters must take care to return the flasks daily.’

This photograph of the only surviving spring of the Hampstead chalybeate water, the Goodison fountain on Hampstead Heath, shows how the product may have appeared – not the most appetising image… An analysis of the Hampstead and Kilburn waters in 1801, by Dr John Bliss, noted that from the Kilburn waters, ‘a considerable odour is emitted like that from the scouring of a foul gun barrel.’

The bottled water venture was eventually abandoned because of problems with the logistics of transportation (Hampstead was really a country outpost of London at this time).  Perhaps there were also problems with collecting those empty flasks? Instead, as at other ‘healing wells’ locations, a Pump Room was built to attract clientele directly to the source – and so the ‘spa resort’ became a fashionable entity in London.

The town of Spa, in modern-day Belgium, was a noted source of chalybeate waters.  Its name became the generic term for a place where facilities were provided for the paying customers in search of cures and health benefits.  In 1701 John Duffield first erected buildings to exploit the Hampstead spring waters, and eventually he established an Assembly Room and Pump Room on Well Walk.  A book, ‘Hampstead Wells, or Directions for drinking the Waters’, was published by a noted 18th century physician, Dr Soame, in which he called the spring “the Inexhaustible Fountain of Health’.  The other wells of old London followed suit – as well as building pump rooms for the dispensing of the waters, St Chad’s and St Pancras were surrounded by beautiful gardens where ‘patients’ could promenade before and after treatment.  At Bagnigge, pumps were erected in a pavilion, and tea-drinking arbours and seats were provided in gardens by the side of the river Fleet, which ran through the grounds.  Kilburn Wells was already located in gardens belonging to the Bell Tavern so customers could make use of the inn’s hospitality.  Taking the waters became a leisure activity as well as a health essential. All the spas advertised their wares with printed handbills, as in the example below.

Let me entertain you

It was probably inevitable that the proprietors of the various spas identified additional ways to attract customers, and to keep them coming back.  Many of them built assembly rooms and ‘long rooms’ where the clientele could be entertained with music, dancing and gambling.  Games such as bowls and nine-pins were often available in the grounds. In 1830 St Chad’s Well even had a circus set up in its gardens.  St Pancras Wells laid on wines, punch and beers, and kept cows to ‘accommodate ladies and gentlemen with new milk and cream and syllabubs in the greatest perfection’, as its publicity proclaimed.    Hampstead could accommodate up to 500 people in its Assembly Room, and it attracted some of the most fashionable in London society, such as members of the Kit Kat Club, whose members included aristocracy, artists, writers and politicians.  At the other end of the social scale, Kilburn hosted boxing matches, including one featuring Daniel Mendoza, who was the first Jewish prize fighter to become heavyweight champion in 1792.

Why are there so few traces of these healing wells left today?  Sometimes they were the victims of their own success; either they began to attract a less decorous crowd and their reputations plummeted, or their popularity with the working classes meant the wealthy fashionable no longer cared to be seen there, as with Bagnigge. But most often the wells were affected by the rapid population growth of London from the end of the 18th century, and the encroachment of housing and transport developments into these formerly green spaces.  As we found with Kilburn, they disappeared below the paving.

If you want to find them today, look for traces in street names, the occasional historic plaque and commemorative fountains – like this one on Well Walk, which bears the (rather ironic) inscription: ‘Water this side of fountain is unfit for drinking. Chalybeate Well’.

Well Walk, Hampstead: drinking fountain erected 1855 to commemorate the Wells Charity near the source of the old spring.

‘Kilburn and West Hampstead Past’, Dick Weindling and Marianne Colloms

‘The Streets of Hampstead’, Christopher Wade