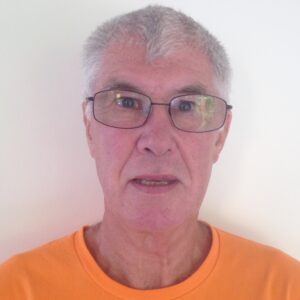 Ooooh, Matron: a story about nurses and policemen

Here’s an attention grabbing title, and in a roundabout way of maintaining the theme of Medicine in Camden, this blog is all about paying tribute to all the nurses, the backbone of the NHS.  They have been around and saving lives as part of an organised profession for over 150 years, and their dedicated work has particularly hit home during the past twelve months.

“Ooooh, Matron!” became a well known catchphrase of Kenneth Williams‘ characters in the Carry On film series.  Whenever Hattie Jacques appeared as a hospital matron, then you knew what was coming next.  Kenneth Williams was a much loved local resident of Kings Cross and Bloomsbury where he lived for most of his life.  He played leading roles in no fewer than 26 of the 31 Carry On films from 1958 to 1978.  From the age of nine, he lived for twenty years above his father’s hairdressing shop at 57 Marchmont Street, where there is now a blue plaque to remember this comic genius.

But let’s now get to the point of this story.  In 1860, the Nightingale Training School opened at St Thomas’s Hospital.  This was the first institutional nursing school in the world to teach nursing and midwifery as a formal profession, thanks to its founder and patron, Florence Nightingale.  This was the start of a steady stream of other hospitals opening up their own training schools for nurses.  Everyone was a winner.  The student nurses were educated in the art of clinical excellence in return for up to three years of skilled free nursing care.  London became the centre for teaching hospitals and many of them were contained within the London Borough of Camden.

When I arrived on the scene as a raw 19-year old in 1970, fresh out of Police Training School at Hendon, I was posted to Holborn Police Station in Theobalds Road.  This was on the lower floors of a fairly new office tower block, built on a bomb site in 1965 to replace the old Victorian Police Station which had been further down the road at the junction of Gray’s Inn Road.  My patch was the whole of the southern chunk of the London Borough of Camden south of Euston Road.  Whilst learning the art of doing my best to keep the public safe whilst on patrol as a “Bobby on the beat”, I became aware of many student nurses living and working in the area, and most of them were attractive young ladies who were of a similar age to me.

At this time, I lived in MacNaghten House, a section house for young unmarried policemen, tucked around the back of Compton Place, which had an easy to miss entrance as part of a narrow alleyway on the north side of Tavistock Place.  MacNaghten House was converted from the old Hunter Street Police Station in the 1930s, and the best way to describe the place which I called home was that it was grim, gaining itself the nickname “MacNasty House”.  I had a small basic room up on the second floor facing Judd Street; the door did not have a lock, the basin did not have a plug, and the mattress on the bed was so hard that you would consider sleeping on the floor as it might be softer.

During conversations with random student nurses, it transpired that their accommodation was of a similar standard.  They lived in nurses’ homes which were close to the hospitals where they worked.  These were massive and closely guarded old buildings.  An appointed eagle-eyed matron seemed to be on duty day and night watching every single coming and going.  In the early 1970s, the Royal Free Hospital was still going strong in Grays Inn Road and the nurses’ home was around the corner and part of the hospital grounds in Wren Street.  The Great Ormond Street Hospital for Sick Children had its own nurses’ home in the shape of a mini fortress in Guilford Street.  Further west, the nurses from University College Hospital had their home which was just a short walk along Huntley Street.  The Middlesex Hospital, that magnificent building in Mortimer Street, now savagely demolished apart from its beautiful chapel, had its nurses’ home, John Astor House, just a few paces off the ground in Foley Street, but clearly visible from Cleveland Street.  This building came complete with its own underground tunnel, a useful preventive measure to reduce the risk of nurses from coming into contact with any hotblooded young policemen.

Love is in the air….

For some strange reason, this era witnessed a disorganised plan designed to bring coppers and nurses closer together.  Somebody, somewhere, must have thought that it was a good idea and that it might catch on.  So, whenever I was not on a late shift of night duty, my mates and I would bounce along to a disco or a dance, or if you will forgive the expression, a policeman’s ball.  There always seemed to be far greater ratio of nurses to coppers attending these events, and even for a shy young thing such as myself, it was relatively easy to start up a chat with a nurse.  If, at the end of the evening, there was a vague hope that this initial chat might turn into a possible friendship, this was when the problems started.  Mobile phones and text messages were light years away.  Just like at the scene of an accident, names and addresses were exchanged, and in the vast majority of cases, that was the end it.  If I was lucky, a walk back together to the nurses’ home was a bonus, but there at the door was a human form of a dragon whose sole purpose was to ward off any evil spirits, i.e. men, particularly coppers.  It was just as bad when my powers of persuasion resulted in a joint leisurely walk back to the section house.  The night duty warden, who had been tipped off that there had been a function earlier in the evening, was being especially vigilant that every resident obeyed the “NO WOMEN” rule, in particular nurses.  Actually, that wasn’t totally true because there was a visitors’ room just inside the front door, situated on the ground floor bang opposite the warden’s office.  This area was a worthy contender for being the most inhospitable room in the world, a dark, dank and dreary place furnished with a couple of hard lumpy chairs and not much else.

Trying to maintain any form of continued friendship meant that you needed a degree in applied maths to fathom out when was the next time any couple could meet again.  When one was on an early shift, the other would be on a late shift.  Tours of night duty never seemed to coincide.  It regularly ended with a vague promise that we could join forces again on some future random date at The Friend at Hand, a notorious coppers and nurses meeting place, situated around the back of Russell Square tube station.  By then, there was a good chance that I had completely forgotten what she looked like and you were back to square one.

…and they lived happily ever after

I always like my stories to have a happy ending and this one is no exception.  I ended up meeting a nurse and it was love at first sight.  We were married within twelve months and forty-seven years later, we are still going strong.  But, how did we manage to overcome all the obstacles along the way?  To find out the answers, you will need to come along to my “Alternative Kings Cross” tour or watch the powerpoint presentation on Zoom, when the some of the secrets can be revealed.  Just search for me on the “Guides” button at the top of the page where you fill find my details, and then drop me an email.  It will be a pleasure to have you come along.

Featured image at top of post is extracted from The Friend in Hand in Bloomsbury, Mike Faherty CC BY-SA 2.0