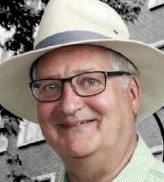 No Escape from Mr Dickens

My wife and I are standing in a long queue of hot, sweaty passengers unhappy at the delays caused by Italian traffic security at Pisa airport. I strike up a conversation with a smiley lady in front of us who, I find out very quickly, is from Sydney, Australia flying to Bristol by EasyJet and has six children scattered around the world. We exchanged pleasantries and she tells me that she has been at an international conference in nearby Carrera – the famous marble quarrying area near Pisa.

“Why in Carrera” I ask. Michelle (we were on first name terms by then) reminded me that Charles Dickens spent a couple of summers in this part of Italy in the 1840s. I then can’t resist telling her that I am a Camden guide and that it is virtually impossible to do any walk in Central London, but particularly in the Bloomsbury area without mentioning the great Charles Dickens.

Michelle then got quite excited when I told her that my offices were actually next door to Tavistock House, an old home of Charles Dickens, where he wrote Bleak House, Little Dorrit and Hard Times. She has travelled all over the world with the Dickens Society and next year the International Conference was meeting in her home town of Sydney, Australia. She pretty much told me that I needed to be there!

She said that she has been president of the Society for a year then gave me her card – it turns out she is a member of the New South Wales Dickens Society.

For those that do guiding, it is impossible to avoid Mr Dickens. On reading the latest edition of The Big Issue, there was story about one of The Big Issue vendors, Dave, who sells the magazine near the Charles Dickens museum. As a result of the museum’s intervention, he met a lady called Marianne Lloyd, who turns out to be none other than the great, great granddaughter of the famous novelist.

In Camden, Mr Dickens is everywhere. He is in Somers Town, he is in Cleveland Street, he is in Tavistock Square and of course, mostly he is in Doughty Street – the only original house that Dickens lived in, which still exists and which houses the Charles Dickens’ museum. I also now know that Mr Dickens is truly everywhere, inspiring people across the globe with his much-loved fictional characters and gritty depiction of Victorian London. He’s even in Pisa airport.

info@londonpersonally for information on Charles Dickens Walking Tours in London.