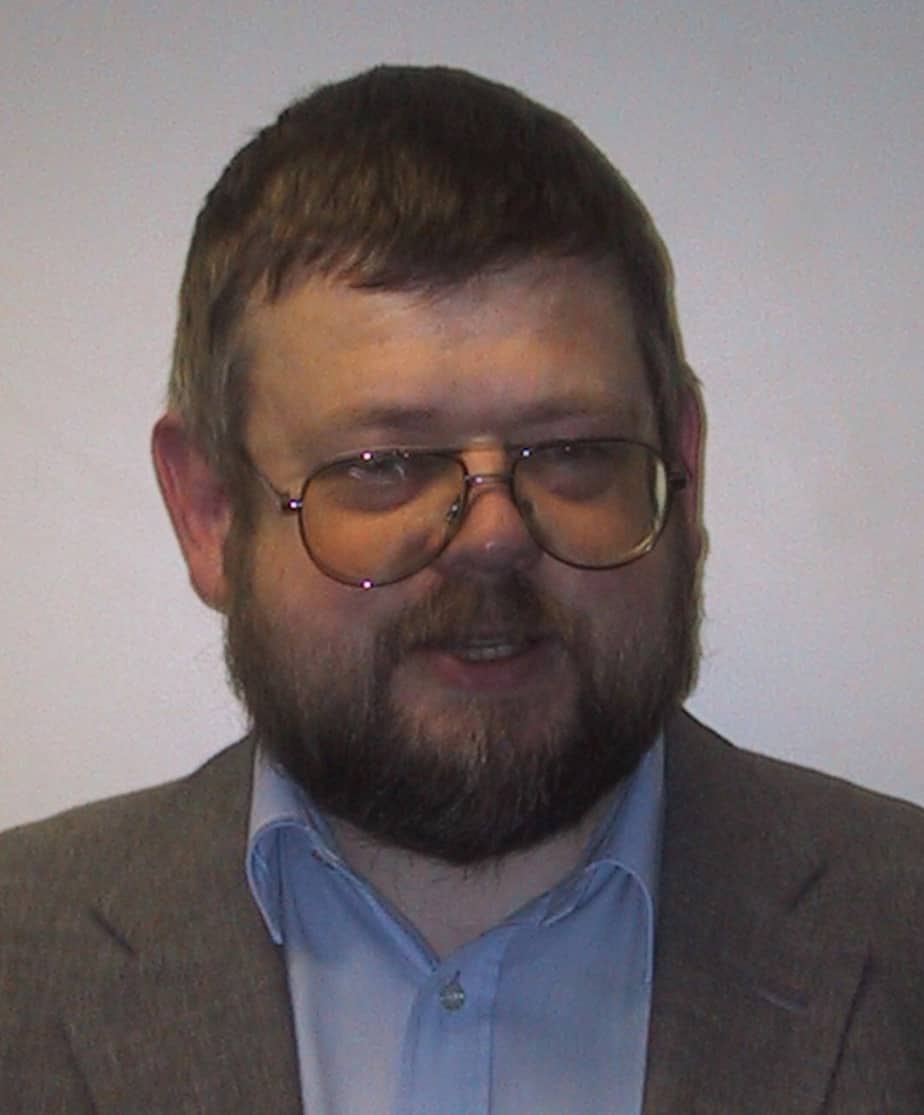 This blog post is about entertainment in the part of Holborn known as Ely Place and Hatton Garden, an area of land between Holborn, Leather Lane and the River Fleet which was purchased by the Bishop of Ely, John Kirkby in 1290.

The land that Kirkby bought, green fields outside the City walls alongside the Fleet River, was already an entertainment space. It was used by apprentices and families, who lived in the City, during their spare time – people walked in the fields, fished along the banks of the Fleet, and gathered for wrestling matches. They even dressed wells (decorating wells with greenery and flowers on specific holy days), and took part in mystery plays arranged by the City Clerks along the Fleet valley.

Bishops Palace, feasts and the garden

The Bishop built a grand house on a prominent hill overlooking the City.  The house had a chapel which still survives as St Etheldreda’s Church in Ely Place. Over time the house was extended, probably reaching its peak size during the time of Thomas Arundel, Bishop of Ely, 1373-1388.  By this stage the grand house was surrounded by  walls, and constituted a large gatehouse on Holborn, a Great Hall, Cloisters, Kitchens, Stables, Garden, Vineyard, Butchers, Larder, and a Grange (or farm).   The establishment was known by several names: Ely Palace, Ely Place, the Bishop of Ely’s Inn, or sometimes just Ely House.  For much of the time this would be the main residence of the Bishop of Ely; the  Bishops often spent more time in London than in Ely.

Grand entertainments often took place at Ely House.  John of Gaunt celebrated the feast of Trinity Sunday here in 1357, and the entertainment was lavish – the feasting included 16 swans.  People present would have been entertained by musicians, and probably players, jesters and jugglers. John of Gaunt clearly approved of the lodging, as after the peasant’s revolt burned his main residence, Savoy Palace, in 1381, Ely Place was loaned to him and acted as his London residence until the Savoy could be rebuilt.

The gardens associated with Ely Place were well known. In 1372-3 the gardener was called Adam Vynor, and he apparently sold excess produce at the gatehouse, including onions, garlic, turnips, leeks, parsley and beans.  The names in the area also evoke the garden produce grown in this area. As well as Hatton Garden we have Vine Hill, and Saffron Hill.   The house would have had formal gardens where the Bishop and his guests could stroll and enjoy themselves in the outside air.

The area appears in Shakespeare’s Plays

William Shakespeare, the great entertainer of Elizabethan and Jacobean London, mentions the area a number of times.   In Richard II, Shakespeare has John of Gaunt dying here (historically incorrect – he died in Leicester Castle) with the famous speech:

“This royal throne of kings, this scepter’d isle,
This Earth of majesty, this seat of Mars,
This other Eden, demi-Paradise,
This fortress built by Nature for herself
Against infection and the hand of war,
This blessed plot, this Earth, this realm, this England.”

It also gets a mention in Richard III. When Richard wants to get the Bishop of Ely out of the room, he orders the Bishop

“My Lord of Ely, when I was last in Holborn, I saw good strawberries in your garden there. I do beseech you, send for some of them“.

The church still puts on Strawberry Fairs in Ely Place to raise money for good causes. Shakepeare’s main source for the play Richard III was a book written by Thomas Moore. Moore was only 8 when Richard died, but was a page in the household of John Morton, Bishop of Ely, from 1479-1486. Much of the history of Richard III which Moore later wrote was presumably based on Morton’s somewhat biased testimony.  Morton was disposed of by Richard IIII, but Henry VII bought him back from the continent and made him Archbishop of Canterbury.

Sir Christopher Hatton was a favourite of Queen Elizabeth who became Lord Chancellor of England. We are told he was a very good dancer, and had a neat pair of ankles that the Queen admired. He lodged at Ely Place, and with the Queen’s assistance in the 1570s agreed to lease most of the land from the Bishop of Ely at an extremely attractive rate –  £10 per annum plus ten loads of hay and a red rose.   He then build a separate house (Hatton House) next to Ely Place, which indeed included part of the Bishops Palace – the stables, courtyard, gatehouse and the crypt of the Chapel.  He also developed the grand gardens and created a bowling green for outside entertainment.

As a favourite of Queen Elizabeth, he is known to have entertained her at Hatton House. The local pub, The Old Mitre, can still be visited to see the remains of a dead cherry tree embedded in a glass panel in the downstairs bar. The tree is supposed to be one that Queen Elizabeth and Sir Christopher once danced around.

Although Sir Christopher Hatton died without any offspring, the house went to his nephew Sir William Newport, who changed his name to Hatton.  He married Lady Elizabeth Cecil, the daughter of the Earl of Essex.   Sir William died after six years, and Lady Elizabeth Hatton inherited not only Hatton House, but also the Isle of Purbeck and Corfe Castle.  A few years later she married Sir Edward Coke (the famous lawyer), but the second marriage was not successful and Lady Hatton eventually managed to bar him from Hatton House and to divorce him with the support of the King.  She lived on to old age at Hatton House, entertaining the KIng regularly. She was famous both for her dances and for her Thursday night suppers.   During her time she continually fought with the Bishops of Ely who were trying to regain the land, and managed to outlive four Bishops while remaining in occupation of her land.

Her dances were notorious, and the wonderfully named Bleeding Heart Yard at the back of Ely Place comes with a story (first recorded in Richard Barham’s Ingoldsby Legends) that at a dance held on Christmas Day, the doors of the great hall opened, and a devilish man dressed entirely in black took Lady Hatton, danced furiously around the hall with her, and dragged her out of the hall still dancing. When others followed they found themselves in an empty Bleeding Heart Yard, with only a bleeding heart left on the ground of the courtyard. Lady Hatton was never seen again, as the devil himself had clearly carried her off.  It’s a great story but it does mix up historical characters. Lady Hatton was in fact safely buried in the local parish church of  St Andrew’s Holborn; her body was one of those removed when the crypt of the church was cleared.

The Hatton name  transferred to the garden and orchard of Ely Place.  We don’t know much about Hatton House – no plans or pictures survive, and it’s not identifiable on the maps of the period – but today’s layout of the Hatton Garden area results from the building over of the garden and orchard area by another Sir Christopher Hatton in 1659.  The layout of the land can still be seen today – Hatton Wall to the north follows the far extent of the northern Orchard wall,  modern Greville Street represents the southern Orchard wall, and the road called Hatton Garden passes through the middle of the garden and orchards.

The hall of the Bishops Palace was in regular use for dining – the Lord Mayors of London sometimes organised grand feasts.  Serjeants-at-law were the top barristers (a little like QCs today)  and they had their own hall Serjeant’s Hall – but the hall was too small for large events.  Every year the newly promoted Serjeants had to pay for a major feast (five days long) attended by the crown.  As their own hall was too small, they usually used the Great Hall of Ely Place for the event. In 1531 King Henry VIII and Queen Catherine of Aragon attended, but unusually feasted in separate chambers.

Later on Ely Palace was used by the City of London, particularly in the run up to festivities – decorations and costumes would be stored at the Palace, and rehearsals for the Masques and performances for visitors to the City of London.

The modern building to the east of Hatton Garden along High Holborn is built on the sites of two establishments famous for entertainment. Number 102 Hatton Garden was the home and shop of John Jacques in the 1800s. He invented the game of Happy Families in 1840, and also invented or popularised Snakes and Ladders, Ludo and Tiddlywinks as well as the version of Croquet during the 1851 Great Exhibition that became adopted world wide. Later his son went on to invent Table Tennis in the 1890s.The site of his shop eventually became part of Gamages department store.

The Gamages department store started in a narrow shop in 1878 on Leather Lane. Under the owner’s motto “Great Oaks from Little Acorns Grow”, the store expanded over time to own all the property between Leather Lane and Hatton Garden. Gamages had a really impressive toy department, which included a large model railway, and regularly put on entertainments to draw the public and children to the store. Once such entertainment was a 300 seater circus once held in the basement. Gamages also developed a reputation for one particular form of entertainment; it had one of the best magic departments (“Gamagic”) in London. The department was closed in the 1960s, but the head of the magic department moved to a separate location in the neighbourhood, the International Magic Shop at 89 Clerkenwell Road. The shop is still going today, and attracts magicians from all over the world.

Hatton Garden and the birth of films

Number 44 Hatton Garden has a plaque celebrating Robert W Paul whose base was here in 1891. He invented a system for projecting film in 1895, and showed his first film on the same day as the better known Lumieres Brothers projected the first film in London. He went on to build London’s first film studios in Muswell Hill.

Hatton Garden and the surrounding areas became a largely Italian community. Italian migrants to London were attracted to the area, both craftsmen (as the area was also the centre for scientific instruments and jewelry), and poorer migrants who often sold ice cream or performed on the streets using barrel organs and dancing monkeys. The Italians were attracted to the area partly because of St Peter’s Italian Church, a very large church founded in 1863. Although few Italians now live in the area, many do return every year to take part in a procession in honour of Our Lady of Mount Carmel, which is normally held on the Sunday on or following the 16th July. The procession winds it way through the area, complete with musicians, icons, religious statues and floats showing bible scenes, and Italian food is sold from food stalls on the streets.