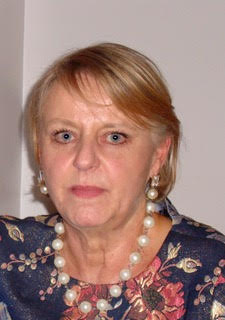 In August I wrote a Blog about four of Camden’s tube stations, designed by Leslie Green and now Grade II Listed.  I fear I might be becoming a bit of a tube nerd as, researching that Blog, I came across a number of both tube and mainline stations in Camden that for one reason or another had closed down and wondered whether I could find any signs of these long-lost stations.

Looking for traces of disused stations is rather like looking for those ghost signs on buildings – so thrilling when one finds some evidence above ground, however scant, or a glimpse from a tube window of former platforms still visible below ground.

There are seven disused former mainline stations in Camden, and three disused tube stations, and it is those three tube stations I am writing about here.  They are British Museum, South Kentish Town and Swiss Cottage.  Ah, I hear you say, surely some mistake – there is a tube station at Swiss Cottage.  Yes, there is, but it is not the original station, so bear with me while I tell you about the other two first.

British Museum station was a Central line station located in Holborn. It took its name of course from the nearby British Museum.

British Museum station was opened in 1900 by the then Central London Railway (now Central line) but it only lasted 33 years.  The reason for this was the nearby Holborn station, opened in 1906 by the Great Northern, Piccadilly & Brompton Railway (now the Piccadilly line) which was extended in 1933 to provide a convenient interchange between the Piccadilly and Central lines.  Holborn was in a better location than British Museum, on the busy High Holborn and with a nearby stop on the Kingsway tram subway (no longer operational but part of it can be seen on the east side of Sicilian Avenue, Southampton Row).

British Museum station closed on 24 September 1933 and Holborn’s new Central line platforms opened the next day.  British Museum station was used for a time by the military as offices and a command centre, but the surface building was finally demolished in 1989. Its entrance was at 133 High Holborn, now occupied by LAB, a shared office space business.

The platforms have been removed but if you look carefully out of the windows on an eastbound train between Tottenham Court Road and Holborn, you can see a portion of the tunnel where the platforms were, and which is still being used for storage of materials for track maintenance.

For any fans of the American singer-songwriter Kris Kristofferson, it is alleged that his song “Casey’s Last Ride” is all about British Museum station.

It was intended to be called Castle Road station and they had to paint over the already installed Leslie Green name tiles in the station before its official opening.

It was a strike at Lots Road Power Station on 5 June 1924 that brought about the temporary, or at least it was thought to be temporary, closure of South Kentish Town station.  Due to few passengers ever using the station, the decision was taken not to re-open.  Like many other tube stations, it was used as an air raid shelter during the Blitz of World War Two.

Today the station is just used as an emergency egress point from the tracks although the surface building survives on Kentish Town Road and is currently a retail unit and a yoga studio.  The faint imprint of the station name can just be seen on the maroon strip near the roof.

The poet Sir John Betjeman wrote a piece called South Kentish Town about a passenger mistakenly getting off a tube at the disused station.  The story was exaggerated and embellished, and a further two versions were published by other authors, but it was all a figment of Betjeman’s imagination – such an event never occurred.  Or did it?

And now we come to the third of Camden’s disused tube stations.

It had been intended to run the line from Baker Street to Finchley Road, but financial problems meant only a single-track line was opened and this only went as far as Swiss Cottage.  A single track meant the possibility of a collision and indeed on 26 April 1868 two trains did collide head-on at the station as a result of a signaller’s error allowing an arriving train to be misrouted to the platform where another train stood awaiting departure. Three people were injured.  It was 11 years before a second track was built.

In the 1920s the street-level station building on the west side of Finchley Road was demolished and replaced with a shopping arcade and included three entrances leading down to the below ground level station.

I was going to point out that, if you stand on Finchley Road looking north, you will be able to see an ivy-clad brick enclosure to the left of the road which surrounds a skylight that still illuminates the no longer existing platforms.  Luckily, I checked this last weekend only to discover that the entire thing is now shrouded in hoarding as part of adjacent building work.

So next time you find yourself on a tube train look out for these signs of stations long gone.