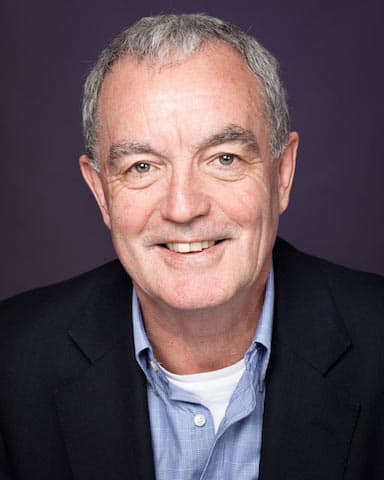 Alan Fortune
I was Course Director of the Camden Tour Guiding course form 2016 to 2019, and am qualified to guide in Westminster as well as Camden. Also Chair of Ealing and West London Tour Guides. Spoecially interested in walks dealing with social history, film, literature and misc, especially rock, jazz and blues history.

The daughter of a clergyman, Louisa Aldrich-Blake showed early signs of being destined for a medical career when, aged 8, she set up a local animal hospital to which friends brought their pets for her care and attention. She went on to be a respected surgeon who made a huge contribution to medicine either side of World War 1, and to saving lives during the conflict.

Louisa Aldrich-Blake was one of the first British women to enter the world of medicine and the first woman to obtain a Master of Surgery degree. She quickly became the first female surgical registrar, anaesthetist, and lecturer on anaesthetics. She later became the very first surgeon of either sex to perform operations for cervical and rectal cancer.

Having set her heart on becoming doctor while 17 and studying at Cheltenham Ladies College, she went on in 1887 to study at the Royal Free Hospital School of Medicine for Women. She graduated with a first class honours degree in Medicine and Obstetrics.

It is important to view Dame Louisa’s achievements in their socio-historical context. In 1894 there were just 40 women’s names in the London section of the Medical Directory, of which four were associated with anaesthesia. The newly-formed Society of Anaesthetists admitted women from its inception. The name of Miss Louisa Aldrich-Blake appeared in the Royal Free Hospital entry as ‘assistant anaesthetist’ but later that year she succeeded a Dr Silk on his retirement as senior anaesthetist. Anaesthesia, however, was not a full-time occupation in those days and it was in another area of medicine that Louisa developed skills and forged her reputation.

It was in the treatment of cervical and rectal cancers that she went on to do pioneering work.  To her immense joy at the time, her paper on a new procedure to treat rectal cancer was published in the British Medical Journal in 1903.  Today you can look at a copy of the paper, neatly pressed and folded inside one of her notebooks, at the Wellcome Library.

She went on to work at Elizabeth Garrett Anderson’s Hospital on Euston Road, becoming its senior surgeon in 1910. She was held in such high esteem by Garrett Anderson and others that she became Vice Dean of the LSMW in 1906 and Dean in 1914 at the outbreak of WW1, a conflict in which she was to play a remarkable role. After World War 1, Dame Louisa was invited on to the London School of Medicine for Women (LSMW) consulting staff.

At the onset of war those qualified women doctors who offered to help at the front were rejected. Despite this snub, Dame Louisa forewent her Christmas vacation to go to France to work at the Royaumont Hospital. At this 600-bed field hospital near Paris, her total dedication in trying to remove every trace of bullet fragments from the war-torn bodies of those in her care earned her the nickname ‘Madame Generale’.

She spent all her vacations tending wounded soldiers there until 1916, when the army finally requested her assistance. She then sent a written request to all 125 women doctors on the General Medical Register, asking them if they were willing to serve with the Royal Army Medical Corps. 80 responded to this rallying call and Louisa arranged the rota for them to work in Egypt, Malta and Salonika.

Although the great efforts of Dame Louisa and the other women doctors served to silence the originally reluctant War Office, they were still not given rank, grading, uniforms, or even the ration and billeting allowance that every male doctor had as of right. Their example, however, inspired more women than ever to enter medical school for the first time, doubling the numbers enrolled.

What kind of person was she?

Dame Louisa applied her massive reserves of energy and persistence to all areas of her life.

As a young woman at Cheltenham Ladies College, she was nicknamed ‘Harry’ and represented her school at cricket and boxing! She threw herself into both sports wholeheartedly. In adult life when working as a busy surgeon at the EGA or Royal Free Hospitals, she also volunteered at Canning Town Women’s Settlement Hospital in London’s east end. She would cycle there after a full day performing surgical procedures.

Louisa never married and was described as serene, free from vanity, and a little aloof.  A passage from her biography, by Lord Riddell, encapsulates her obsessively organised, thorough nature.

“She had numerous pockets in her coat and skirt, in which she packed away her requirements for the day – a neat little packet of papers for her various appointments – a stethoscope – her latch key – a pocket comb – her loose money – pennies in one pocket, silver in another and notes in a third.  The thing required was always produced at a moment’s notice.  The pockets seemed endless, but so far as I know no-one ever had the temerity to ask how many there were”.

Her medical peers held her in very high esteem. She became a member of the British Medical Association. In October 1924, a year before her death, she rose to address the audience at the Centenary Dinner of the LSMW and received a memorably long standing ovation.  The audience cheered and cheered her again before she delivered a speech notable for its dignity and restraint.

A statue has stood in Tavistock Square since 1926 to commemorate Dame Louisa’s work. Such was her status that it was designed by none other than Edwin Lutyens, a leading architect renowned for creating New Delhi in India and the Cenotaph in Whitehall. There is also a Dame Louisa Brandreth Aldrich-Blake Collection at the Royal Free Hospital Archives Centre. In 1925, the year of her death from cancer, she was a Dame Commander of the British Empire.

Dame Louisa was one of the great Victorian women who, along with Elizabeth Garrett Anderson and Sophia Jex-Blake, forged a route which other women could follow to qualify as doctors in London. Their dedication, selflessness and sacrifice deserve never to be forgotten. Not only did they overcome severe obstacles in  order to become qualified doctors themselves, but they then strove to make the pathway for those aiming to emulate them a little easier to follow.