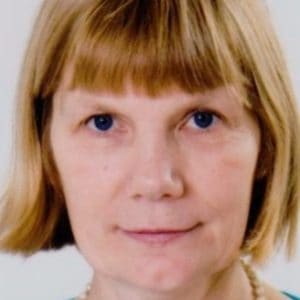 On the northern edge of Bloomsbury, not far from the Euston Road and Euston station, you will find Cartwright Gardens. This is a lovely little crescent-shaped development, comprising early nineteenth century housing and recently built halls of residence for students from the University of London.

In front of the houses there is a garden and four tennis courts, creating a friendly and village-like atmosphere. Back when it was first built, in 1809-11, Cartwright Gardens really was on the edge of the countryside. It was a desirable place to live, within striking distance of the city and easy access to the roads north. At the same time, it was away from the smoke and noise of central London.

Cartwright Gardens was originally known as Burton Terrace, after its creator James Burton. He was a property developer working in the late 18th and early 19th centuries. He leased land in Bloomsbury belonging to the Skinners, a City Livery company, and built houses as a speculative venture. There are other examples of Burton’s work in Camden and here you can see his trademark ironwork that still survives on the houses (see photograph below). Note also the decorative front doors as well as the recessed sash windows that complied with the fire regulations of the time.

Over the years there have been many interesting residents in the Gardens, including a number of social reformers with very different ideas about how to improve the lives of the poor in London.

John Cartwright lived at number 37 in 1820-24. He believed that political freedom was the way forward to improve society. His statue stands at the entrance to the Gardens proclaiming his beliefs and showing the esteem his supporters felt for him.

As a young man in 1758, Cartwright joined the navy where he forged a distinguished career. During the twenty years he spent at sea, he also found time to develop radical political opinions. He was influenced by the ideals of the colonists in America and supported their bid for independence. He came to the conclusion that people should have the right to choose their leaders. These views inevitably led to his forced departure from government employment.

Having returned to England in 1776, Cartwright wrote a pamphlet entitled ‘Take your choice’ outlining his ideas. He advocated annual parliaments, universal suffrage and end of slavery. He helped form The Society for Constitutional Information to promote his manifesto and narrowly avoided imprisonment on a charge of treason. He tried and failed to become an MP but kept up contact with Whig politicians, supporting their efforts to achieve political reform.

It was in Cartwright Gardens that he spent the last years of his life. He continued writing, supported Greek independence financially and wrote a tract on the English constitution.  Despite the fact that his ideas were far in advance of many of his contemporaries, which could have made him many enemies, he was generally well liked. He was ‘cheerful and agreeable’ avoiding conflict where possible.

Another well known resident of the Gardens was the reformer Edwin Chadwick who lived at no 1 in the 1830’s. Chadwick’s views on social reform derived from the philosopher Jeremy Bentham, founder of Utilitarianism. Appointed as a civil servant to the Poor Law Commission, it was Chadwick who drafted the government report that led to the New Poor Law of 1834.

Chadwick was also involved in pressing for reform of sanitation on a national basis. Public Health was at an all-time low in the growing towns and cities of Britain. There was a lack of clean drinking water, no proper sewage system and diseases such as cholera were prevalent, causing many deaths. Reform was desperately needed but ratepayers would have to bear the cost of improvements with higher taxes. A skilful approach to win people over would be necessary. Unlike the affable John Cartwright, Chadwick was known to be “Impatient, judgemental and infamously rude”. His heavy-handed attitude was disliked by his colleagues in government and they were not immediately swayed by his words. Despite this, he had made the point that it was the government’s responsibility to take action on public health.

Robert Owen lived on Burton Place just a few yards from the Gardens. He was a self-made man of working-class background who wanted to enable others to follow his example. He believed an end to poverty should be achieved by workers’ action not charitable donations. His residency in the area overlapped with that of Chadwick and they would have known of each other.

As a businessman Owen had developed a model village in New Lanark in Scotland whereby workers had fair conditions, good housing and education for their children. Although he publicised his success and there was interest in his ideas, many employers felt such schemes would lead to a loss in profits. They were, therefore, reluctant to follow suit. So Owen developed his ideas of workers’ cooperatives whereby workers could run a business themselves and get a fair deal by sharing out profits.

Burton Place was his London base between 1832 and 1840.  He lived here, held meetings at a hall behind the house and developed his idea of a consolidated union to unite workers to fight for their rights. The Grand National Consolidated Trades Union had its big moment after the Tolpuddle Martyrs scandal. A group of agricultural workers attempted to join Owen’s union and were arrested and transported. Thirty thousand Union members went on strike to protest but by August 1834 the strike had fizzled out and Owen’s Trade Union had collapsed.

Nevertheless, Owen’s conception of workers’ cooperatives survived and was taken forward in the 1860’s to develop into the movement that continues today.

Rowland Hill lived at number 2.  In early 1837, he wrote a pamphlet called ‘Post Office Reform, its Importance and Practicability’ and this became the basis for post office reforms.

In the nineteenth century the postal service was inefficient and slow, holding up business and preventing the free flow of correspondence. Hill’s ideas streamlined the service and resulted in a massive increase in its use.  In 1840 the penny black stamp was introduced, allowing people from all classes to send and receive letters.

During the past two hundred years Cartwright Gardens has had varying fortunes. Between 1810 and 1860, 28 surgeons, 26 lawyers, 17 military officers and 13 clergymen were listed as residents: clearly a very affluent place to live. However, Regent’s Canal and then the railways brought industry to the area and with them came the dirt and the noise. Many people moved on to more pleasant places, such that by the end of the nineteenth century properties had become dilapidated and uncared for. Some became lodging houses and were others given over to charitable institutions set up to deal with the growing poverty nearby.   Number 45 housed the Society for the Rescue of Young Women and number 49 the Memorial Home for Deserted Mothers. There were even two unsolved murders in the Gardens and in 1909 the name change was carried out from Burton Terrace to Cartwright Gardens. It was hoped this would improve its reputation.  The effects of two world wars in the twentieth century, however, added to the decline.

Today the gardens have come full circle and are now back to their former glory. The houses are renovated, as you can see from the photographs above. Some are divided into rather expensive flats and there are a number of elegant hotels for visitors to London.