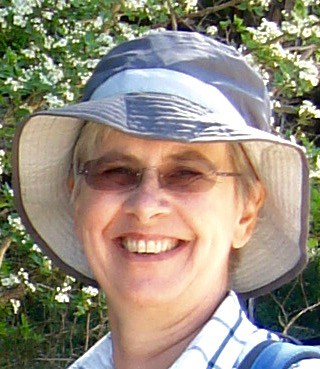 Florence Onyebuchi “Buchi” Emecheta OBE (21 July 1944 – 25 January 2017) is the author of 15 adult novels, four children’s books and 2 plays.  She was a prolific and pioneering writer whose novels reflect both her African roots and her life in London.  Her survival as a young single mum raising five children provided the inspiration and setting of her first two published novels, In the Ditch and Second-Class Citizen.

Buchi Emecheta was born in Lagos, Nigeria to Igbo-speaking parents from Ibuza, Delta State. A bright, ambitious child, Buchi’s world changed with the sudden death of her beloved father followed a few years later by that of her mother. A full scholarship to a prestigious school led to a sought-after job at the American Embassy Library after she left school at 16, as well as to a comfortable lifestyle in her early married life with Sylvester Onwordi, a student. In 1962, aged 19, with two children and another on the way, Buchi travelled to London where her husband was studying accountancy.

Camden features most strongly in Emecheta’s semi-autobiographical early writing. Her alter ego, Adah, her husband, Francis, and their children live in squalid conditions in a room in Willes Road, Kentish Town, illegally let by a fellow Nigerian.  Dismissing her husband’s suggestion that work in a shirt factory is more compatible with the second-class status of black people living in London, Adah gets a job at Chalk Farm Library. She dreams of becoming a writer to escape her appalling living conditions and increasingly violent husband.  After the birth of her fourth child she writes her first novel in school exercise books purchased from Woolworths in nearby Queens Crescent.  When Adah’s husband burns the novel (as Emecheta’s does in real life), it is the final straw.  She gets another library job, this time at the British Museum, and leaves her marriage.

Adah is soon re-housed in an “ill looking” block scheduled for demolition as part of the council’s slum clearance programme. Her life there is the subject of Emecheta’s first published novel, In the Ditch (1972).

“She, an African woman with five children and no husband, no job, and no future, was just like most of her neighbours—shiftless, rootless, with no rightful claim to anything. Just cut off … none of them knew the beginning of their existence, the reason for their hand-to-mouth existence, or the result or future of that existence. All would stay in the ditch until somebody pulled them out or they sank under.”

The “ill looking” block is Pussy Cat Mansions where the stairwells are “smelly with a thick lavatorial stink”, the rubbish chute next to her front door is blocked and overflowing, the flats are damp and poorly heated, and the cupboards “carpeted” with mildew.

In real life Pussy Cat Mansions is Montague Tibbles House, four blocks built around a central courtyard in 1939 and named after a local politician, where Emecheta and her children were rehoused.  Now refurbished and renamed “Penshurst”, the estate still stands.

Writing for a living

It was while she was living in Montague Tibbles House, shopping at Queens Crescent market and taking the children to and from Carlton Primary School, that Buchi Emecheta began to write for a living.  In the Ditch was published five years after she started sending articles to magazine editors; it developed out of a series of articles she published in the New Statesman. Second-Class Citizen followed two years later and The Bride Price, the novel destroyed by her husband, was re-written and published in 1976. Emecheta wrote in 1982 “Because I was living in the ‘ditch’, a lone parent with five children, I was able to write in more depth about this. I realized then that I would not have to wait till I was forty before writing.”

Buchi Emecheta also studied while writing and raising her family.  She gained an honours degree in sociology from London University followed by an MPhil. She taught sociology and worked for Camden council as a youth and community worker. When later she had achieved considerable success as an author, she moved out of Camden.

She won the New Statesman Jock Campbell Award in 1977 for The Slave Girl and in 1983 she was on the Granta list of 20 best young novelists. Buchi Emecheta went on to build a career as a visiting academic at several US universities and became a resident fellow of English at the University of Calabar in Nigeria. She was awarded an OBE in 2005

She died in 2017 and is buried in Islington and St Pancras Cemetery.