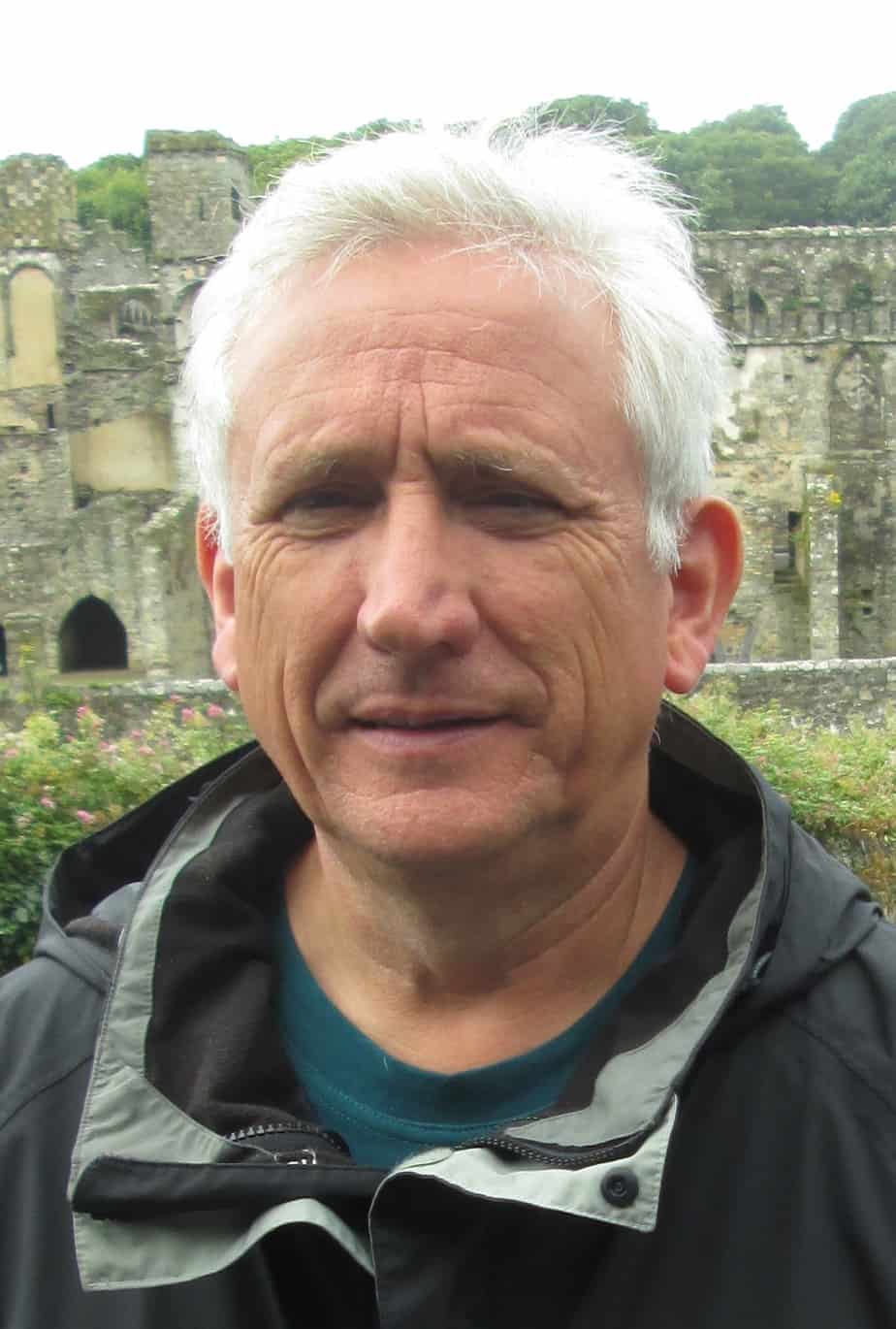 Dickens: the novelist as social commentator

The wellspring of Dickens’ social concern

The old saying that ‘the child is father to the man’ seems very apt when discussing Dickens’ writing on social issues. His childhood experiences of being denied a proper schooling, having to work in the blacking factory near Hungerford Stairs, his separation from his family when they were incarcerated at the Marshalsea Prison, and his walking the streets of London seeing some of the ugly features of the growing metropolis: all this as a 12- and 13-year old. These experiences of neglect, hopelessness and shame, as he was later to describe them, amounted to a ‘trauma which shaped the whole of Dickens’ imaginative life’ (Hartley p16).

Therefore, it comes as no surprise that his novels and short stories from Oliver Twist, Nicholas Nickleby, A Christmas Carol, Bleak House, Hard Times to Little Dorrit concern themselves with issues close to his early experience: poverty, poor housing and sanitary conditions, education, child labour, the workhouse and prisons. Dickens’ own childhood provided an emotional microcosm that reflected the preoccupations of wider society and as such his writing had a resonance with his contemporaries. The fact that Dickens was drawn to the dark side — the ‘attraction of repulsion’ as he called it — and that he spent most of his working life in London, his ‘magic lantern,’ contributed greatly to the writer he became.

The victimisation of children

Dickens began writing Oliver Twist (1837-39) after the adoption of the Poor Law Amendment Act of 1834, which halted government payments to the able-bodied poor unless they entered workhouses– the ‘Bastilles’ as they were nicknamed — which ‘saw the institutionalizing and imprisoning of the destitute’ (Jenkins p160). Dickens’ criticism isn’t confined to the workhouse system, epitomised by the most famous scene in Dickens’ work where Oliver asks, or rather demands, ‘some more.’ As the novel develops it goes on to deal with the evils of the criminal world and with that continued focus on the victimisation of children. Thus, Oliver Twist became a vehicle for social criticism aimed directly at the problem of poverty and in particular how that affects the young, the most vulnerable section of 19th-century society.

This theme continues in later novels as Dickens attacks the Victorian education system. In Nicholas Nickleby (1838-39) he portrays, in scathing terms, the conditions in schools where unwanted children were maltreated and starved by the likes of Wackford Squeers, the abusive head of Dotheboys Hall.  The writing of A Christmas Carol (1843) also arose out of this concern for children. In March 1843 Thomas Southwood sent Dickens a copy of his report for the Children’s Employment Commission which exposed the scandal of child labour, the atrocious physical state of children and their lack of education. In September 1843 he visited the Field Lane Ragged School where he was shocked by ‘the dire neglect of soul and body exhibited in these children’. In October 1843 he delivered a speech in Manchester on the necessity of popular education. In what is one of the most shocking scenes in the Carol the Ghost of Christmas Present reveals the boy and girl beneath his robe: ‘wretched, abject, frightful, hideous, miserable’. They are Want (the girl) and Ignorance (the boy), but interestingly the Ghost warns Scrooge: ‘most of all beware this boy, for on his brow I see that written which is Doom, unless the writing is erased.’ It wasn’t until 1870, the year of Dickens’ death, that the passing of Forster’s Education Act established elementary education for all.

The failings of British society

As Dickens sees it in Bleak House, Britain is ‘a prosperous nation which cannot educate its children, cannot look after its poor, cannot keep its cities clean, and cannot bury its dead’ (Hartley p80). In the character of Jo, the illiterate crossing-sweeper, Dickens makes us see and feel what it is like to be at the bottom of this society. In this instance his focus is the lack of basic literacy:

‘To see people read, and to see people write, and to see the postmen deliver letters and to have not the least idea of all that language–to be, to every scrap of it, stone, blind and dumb…it means nothing to me’

In Hard Times Dickens attacks the underlying philosophies of Victorian society, namely, utilitarianism and laissez-faire economics. It is a society characterised by materialism, acquisitiveness and ruthlessly competitive capitalist economics based on the principle of self-interest:

‘It was a fundamental principle of the Gradgrind philosophy that everything had to be paid for. Nobody was ever on any account to give anybody anything, or render anybody any help without purchase.’

The location of the novel — the industrial town of Coketown — is inherently ugly, dirty, smoky and monotonous reflecting the factory culture:

Alongside this is the mind-numbing educational system which sacrifices ‘fancy’, imagination and compassion on the altar of ‘Facts’ — in Dickens’ lovely phrase, ‘annihilating the flowers of existence.’

Does Dickens have any solutions to these great issues of the 19th century? Not really. He was better equipped to examine the symptoms of the disease than to come up with a cure. Radical humanitarianism, individual charity, Carol philosophy* are all very well but seem inadequate  in the face of  ‘The Circumlocution Office’ in Little Dorrit  where the dead hand of  bureaucracy  slows and obstructs the realization of social justice. Nevertheless, the legacy he left behind is ground-breaking in that it could no longer be claimed that ‘one half of mankind lives without knowing how the other half dies.’ No mean feat for a labeller of bottles of polish!

*A term associated with the message of A Christmas Carol best summed up by Scrooge’s nephew, Fred: ‘I have always thought of Christmas time … as a good time; a kind, forgiving, charitable, pleasant time; the only time I know of, in the long calendar of the year, when men and women seem by one consent to open their shut-up hearts freely, and to think of people below them as if they really were fellow-passengers to the grave, and not another race of creatures bound on other journeys.’

1832       Report of the Select Committee on the Bill for the Regulation of Factories describes appalling conditions, excessive hours of work and cruelty to children in factories.

1833      The Factory Act or Children’s Charter. The Factory Act limits child labour; no children under 9 are to work in factories (silk mills exempted); children under 13 are to work no more than 9 hours per day and 48 hours per week. Younger children are to attend school for at least two hours on six days a week, and holidays for the children and young persons to be all day on Christmas Day and Good Friday, and eight half days.

Chimney Sweeps Act forbids the apprenticing of any boy under the age of 10 years, and the employment of children under 14 in chimney sweeping unless they are apprenticed or on trial.

1840       Report of the Select Committee on the Health of the Towns exposes squalid living conditions in many industrial areas and recommends creation of district boards of health.

Chimney Sweeps Act prohibits any child under the age of 16 years being apprenticed, and any person under 21 being compelled or knowingly allowed to ascend or descend a chimney or flue for sweeping, cleaning or coring.

1842      Report on Sanitary Conditions of the Labouring Population of Great Britain, reveals that working-class streets and homes are appallingly and dangerously unsanitary.

Mines and Collieries Act makes it illegal for women and children under ten to work below ground.

1843      The Royal Commission for Inquiry into the State of Large Towns and Populous Districts established.

1847      The Ten Hour Act further limits the workday for both women and adolescent males to ten hours daily and 58 hours in a week.

1848      Public Health Act establishes a General Board of Health empowered to create local boards of health which have authority to deal with water supplies, sewerage, control of offensive trades, quality of foods, paving of streets, removal of garbage An Act of Parliament established ‘ragged schools’ for the children of the poor

1850      Factories Act amends the act of 1847 by stating the times between which young people and women could be employed in factories; and increases the total hours which could be worked by them to 60 per week. Public Libraries Act enacted, 1852; the first public library opens in Manchester.

1861       Local Government Act amends the 1858 act by requiring local authorities to purify sewerage before discharging it into rivers and canals.

1867      Factory Extension Act brings all factories employing more than 50 people under the terms of all existing factory acts, forbids the employment of children, young people and women on Sundays.

1871       Bank Holidays Act lays down that Easter Monday, Whit Monday, the first Monday in August and 26th of December (if a weekday) should be official holidays.

Dickens lodged here with parents 1815-16 and again in 1829 (see featured image). Located next to the Workhouse

Dickens lived here with his parents in 1823

Dickens employed as a clerk for Ellis and Blackmore 1827-28. On his first day he got a blackeye from ‘a big blackguard fellow’ on Chancery Lane who made fun of his outfit.

Dickens lodged here with his parents in 1832

Dickens moved to chambers here in 1836 with his wife Catherine Hogarth (daughter of the editor of the Evening Chronicle); and their first child, Charley, was born here in January 1837. The serialization of Pickwick Papers (1836-37), his first big success, started when living here. There is a bust of Dickens by Percy Fitzgerald (1907) here.

Dickens bought the lease in 1837 and lived here until 1839; he wrote Oliver Twist and Nicholas Nickleby here. His daughters Mary and Kate were born here. Mary Hogarth, his wife’s younger sister died here at the age of 17.

Dickens moved his father in here and was present at his death in 1851. 34 was where Senate House is today

Dickens’ wife lived here after their separation from 1858

Dickens bought the house for the Ternans in 1859 and it transferred to Ellen/Nelly Ternan, his mistress, in 1860 when she was 21.

In 1858 Dickens, called ‘the children’s friend’ by Dr Charles West, the founder, made a speech and also gave a reading of A Christmas Carol (1843) as a fund raiser.

Dickens was a regular visitor and attended the chapel here, as well as being a correspondent of Mr. Brownlow, Secretary of the Hospital.

Camden locations (2): in his novels

The character, Tattycoram, a foundling girl, appears in Little Dorrit (1855-57)

No 54 was where the police court was located, where Oliver in Oliver Twist (1837-39) is taken to appear before Mr. Fang (based on a notoriously irascible magistrate, Mr. Laing)

Dickens wrote a famous article, ‘Drooping Buds’ in his magazine, Household Words (1850-59) where he makes the shocking claim that ‘Of all the coffins that are made in London, more than one in every three is made for a little child’

The home of friend and biographer John Forster. Readings by Dickens took place here. Dickens used it as the home of the sinister lawyer, Mr.Tulkinghorn, in Bleak House.

Features in Our Mutual Friend(1864-65) in very unflattering descriptions: ‘a tract of suburban Sahara, where tiles and bricks were burnt, bones were boiled, carpets were beat, rubbish was shot, dogs were fought and dust was heaped by contractors’. In the novel ‘Boffin’ was probably based on the real dust-yard owner and brickmaker Henry Dodd.

Resurrection men -body snatchers – Jerry Cruncher and son appear here in A Tale of Two Cities (1859); and William Jones, master of Wellington House Academy, is buried here. The ferocious Mr.Creakle of Salem House in David Copperfield (1848-50) is based on him.  The gardens were transformed by the generosity of Baroness Angela Burdett-Coutts, a philanthropist who was a friend of and collaborator with Dickens on charitable schemes like the Home for Fallen Women in Shepherd’s Bush.

The rookery of ‘Tom-all-Alone’s’ in Bleak House is based on St Giles rookery,’ a synonym for poverty and squalor’ in the 19th century

Fagin’s Den is located in this area, which was a notorious slum in the 19th Century. The One Tun Pub claims to be the original of the Three Cripples – a haunt of Fagin and Bill Sykes. Oliver Twist (1837-39)