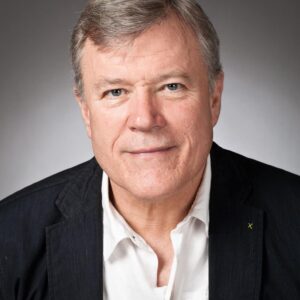 On the south-western edge of the borough of Camden on the border between Fitzrovia and Marylebone stands a historic building which served the poor and infirm of Central London for more than 230 years.  It is now undergoing redevelopment by the University College Hospital Charity.   It is the only surviving example of a Georgian Workhouse in London and is the likely inspiration for that most memorable scene in Dickens’ Oliver Twist when the young hero asks for more gruel.

The land on which the old workhouse stands was leased from the Bedford Estate and had been used as the overspill burial ground for St Paul’s Church on Covent Garden Piazza.  The Workhouse was built in the 1770s as an H-shaped block fronting on to Cleveland St with wings at front and rear.  It took in those of the parish who couldn’t provide for their families or pay their rent due to sickness, injury or infirmity and offered them accommodation and employment.  As London’s population grew the ancient parish-based system became unworkable and reform was needed.

Change came in the form of the New Poor Law enacted in 1834 which set up the massive workhouse institutions (aka spikes) which still cast a shadow over many towns and cities across the country.  Conditions were intended to be harsh as a deterrent to idleness and to ensure that only the truly destitute would apply.  Families were broken up and in exchange for spartan sleeping accommodation and subsistence diets the inmates of the spike were expected to work brutally long hours on menial tasks.  Jobs included street-sweeping, stone-breaking, gypsum- grinding for plaster, oakum-picking (teasing grease out of old ropes) and laundry work.  The plight of orphaned or deserted children was particularly awful – they were starved, punished, used as a cheap labour or as tools by criminals. Often, they were farmed out to ruthless employers to form labour gangs.

CHARLES DICKENS AND THE WORKHOUSE

All this would have been engraved on the fertile mind of the young author who knew this part of London well from his days at 22 Cleveland Street just 100 yards away.  It is marked by this plaque.  He would have seen the comings and goings from the workhouse and heard the bell which marked out the hours for rising, working, eating and sleeping for the inmates.  His second sojourn in the street came in his teenage years soon after his time working at the blacking factory at Hungerford Steps (near the modern Charing Cross Station).  At that time his father was in debtors’ prison and the sensitive youngster may have felt that he himself might well have suffered the same fate as his poor unfortunate neighbours in the workhouse – the sick, the orphaned, the elderly and infirm, the chronically ill or incurable, physically deformed, diseased, maimed, lunatic, demented or mentally handicapped.  No wonder Dickens goes into such close detail when he describes the sadistic punishments meted out on to poor Oliver for the effrontery of asking for more gruel. The regulations of Covent Garden Parish specifically forbade second helpings of food.  Oliver is maligned, threatened with being hanged, drawn and quartered; he is starved, caned, and flogged before an audience of paupers, solitarily confined in the dark for days, kicked and cursed, hauled up before a magistrate and sent to work in an undertaker’s, fed on animal scraps, taunted, and forced to sleep with coffins.

From 1873 the building was known as the Central London Sick Asylum.  The workhouse was relocated to North Edmonton and the Cleveland Street site became an infirmary, effectively a hospital for the poor.  This continued till 1913.  A children’s infirmary then ran on the site for ten years.

After the Great War the site was taken over by the nearby Middlesex Hospital, one of London’s great medical institutions which stood just across the street on the site now occupied by the new high-end Pearson Square development. It was updated and played a vital role in the rebuilding of the hospital which decanted in stages across the road as the old Middlesex building was demolished and reconstructed.  After that the building saw 75 years use as the Middlesex Out-Patients’ wing.  The Middlesex closed in 2006 and was demolished.  The Cleveland Street site was spared and stood empty to await a new incarnation.

The scheme has many local critics but at least the bricks and mortar of the old workhouse have been retained as homage to the history of the place.  It will take a leap of imagination for residents or passers-by to envisage the long and extraordinary service this building has rendered to the poor, the needy and the infirm of London and which inspired the greatest of all London writers, Charles Dickens.

If you are interested in exploring this site and others in the area why not book a tour from the local experts at  Camden Tour Guides.