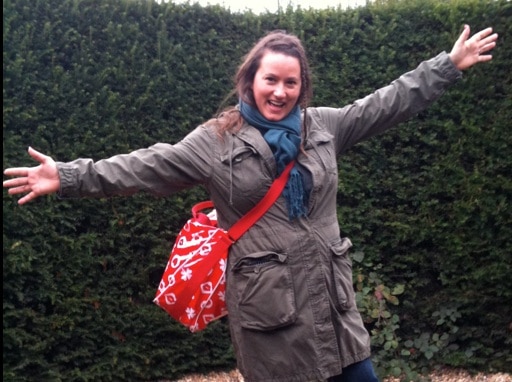 Tourists to London often flock to visit locations they have seen in films. With some of the most iconic landmarks on the planet, rich historic locations are used to make their mark on a film, often to simply say “This is taking place in London.” Shots of St. Paul’s Cathedral or Buckingham Palace are used regularly for this reason. With the advent of Harry Potter and the eight films that followed the books, an entire industry of film location walking tours was created as a by-product.

Peter Pan and Paddington Bear are both iconic children’s films with London connections. Yet it is Mary Poppins who has an even greater appeal, what with a sequel to the 1964 original recently making a debut in 2018. Mary Poppins Returns saw a resurrection of British nanny fans sweep in and find locations used in the movie.

Many Poppins fans are often shocked to learn that the original film starring Julie Andrews was filmed entirely on the sound stages in Burbank, California. The sets and scenes seem so real. That is thanks to the designs of Tony Walton (then married to Julie Andrews) and Peter Ellenshaw’s glorious matte paintings of the city.

It’s true that Mary Poppins Returns was filmed on the streets of London and in the London Shepperton Studios as well. The decision to film here was a deliberate choice of director Rob Marshall, The latest film starring Emily Blunt and Lin-Manuel Miranda included locations such as Middle Temple, Lincoln’s Inn, Fleur-de-Lis Street and the Royal Exchange. I personally saw them filming around the British Museum, but the scene are either very well disguised or found their way to the editing room floor.

But the origins of the beloved British nanny Mary Poppins are in the pages written by P L Travers, born Helen Lyndon Goff in Maryborough, Queensland, Australia on 9 August 1899. She wanted to be an actress, and in 1921 created her name Pamela Lyndon Travers as her official stage name while acting as Anne Page in The Merry Wives of Windsor. Her father’s name was Travers Robert Goff, so she took his first name as her new surname. She kept Lyndon as her middle name. As for Pamela, it was a popular name in the ‘20s and ‘30s, and the Greek translation is “all sweet”. That felt right to her.

Writing grew from a hobby to a profession, as she wrote for newspapers and even had her own column at one point. Prose and poems were published in a variety of newspapers including The Triad, the Christchurch Sun and The Bulletin. However, Australia was never the right fit for Pamela, as she longed to go to Ireland and London. There was a dreamed scenario about these places that she had created in her mind, and was determined to make it happen.

The journey began on 9 February 1924 and took 50 days. Imagine a young woman with vibrant ideas and determination sailing across the world in her early twenties, stopping in South Africa and the Canary Islands on the way. At each stop, she made contacts for writing and commissions from which she could earn money on her London arrival.

In London, she stayed with some relatives on her mother’s side of the family. The Moreheads were welcoming, but just like any new Londoner, she wanted a place to herself. True fans, like me, would like to see a plaque at Number 10 Mecklenburgh Square. This was P L Travers’ first residence in London, in the heart of Bloomsbury.

Walking around these streets, you can easily see how Travers would have been inspired by the Edwardian architecture, the large square parks, and the railings around the green spaces. You can see large pavements and imagine a chalk artist kneeling to create a drawing. You can hear children laughing and running as they chase a kite.  All of this was where Travers found Poppins.

Go there today and you’ll see a blue plaque at number 30 for the poet Charlotte Mew, who lived there. (And, hot off the press, a plaque has just been unveiled at number 12 commemorating Helena Normanton, the first practising female barrister.) One might think that Travers gravitated to this area because of the Bloomsbury Set, that famous group of writers where Virginia Woolf comes to mind. On the contrary, she wasn’t really familiar with this movement, nor did she care to be. She had a vision of London dating back to the 1890s and was even a little disappointed in the new styles and trends that the ’20s had brought.

By 1927, she had moved to Lincoln’s Square (probably Lincoln’s Inn Fields) and her writing commissions had not managed to cover the rent. This is when she was introduced to Madge Burnand, who initially was her flatmate, but they were together for over a decade and many diaries and letters reveal a possibly romantic yet tumultuous relationship.

There are eight Mary Poppins books in total, with the first being written at Pound Cottage in Mayfield just outside Tunbridge Wells. This is where Travers and Burnand moved to when Travers could no longer take the London pollution. She often complained to her mentor AE (George William Russell) about various ailments, and moving to the country was a good solution. They moved in 1930. Mary Poppins was written there and published in 1934.

If you read all of the books, you will find a myriad of characters and stories that are creative and whimsical in their own way. Many of these had been born during her time at Mecklenburgh Square or Lincoln’s Square. She had written these stories out of disgust for the popular magazine articles of the time. She called them ‘the flossies”, and they mostly carried articles on advice for women on how to find a husband and keep him happy. Her ideas of stories were pitched and accepted.

There was the Fool and the King, which was originally published in The Triad in December 1924. This story ends up in Mary Poppins Comes Back (1935) as well as one of the verses sung by Lin-Manuel Miranda in Mary Poppins Returns in the song “A Cover is not the Book!”

Another story published in the Christchurch Sun on March 8, 1926 is about a marble statue called Neleus which reads over the shoulder of an old man. This is the beginnings of a chapter from Mary Poppins Opens the Door (1944).

On November 13, 1926, the Christchurch Sun printed her short story called Mary Poppins and the Match Man. This is where most of the characters from the books were born. All three of these stories were written while she lived and worked in Camden.

The character with the most iconic location in Hampstead is that of Admiral Boom. A great admiral now in his twilight years has now retired and built a home to look like a ship. Of course, Travers walked around Hampstead and saw the great Admiral’s House, originally built in 1700 by Charles Keys. It is believe that Admiral Barton ( a real admiral who is mistakenly connected to this house) liked to fire cannons from his roof. Not this roof, however, but the house got the nickname although no admirals have ever lived there.

In various interviews about how she created Mary Poppins, P L Travers always gave vague and different answers, One thing she was clear about was that Cherry Tree Lane was “one of those streets that cannot be found on a map”. In other words, it might well have been an amalgamation of various streets in London where she lived, walked or worked. You might spot what looks like Cherry Tree Lane round the corner on Skinner Street, or just behind Westminster Abbey on a residential street. There are loads of Camden terraced houses that have the look and feel of the Banks’ family home. Some will swear that Regent’s Park is where the family home would be located. Others think it is in Chelsea. That might be the beauty of a road that doesn’t exist, that you can find it anywhere.

Recently, a blue plaque was installed on the side of a terraced apartment off the King’s Road in Chelsea. One of the London event blogs had someone dress up and film a short video that splashed around social media on its unveiling. The plaque is to P L Travers and the articles claim that she wrote Mary Poppins at that address. Whilst this is factually correct, it is only subsequent books that were written while she lived here. It would be practically perfect to see a plaque in Camden, where the writer and the character began their London journey.

Amber Raney-Kincade is a founding member of the Camden Tour Guides Association. Since 2013, she has delivered tours about the life and times of P L Travers and the origins of the character Mary Poppins. Amber’s tours are unique and full of fun, as she often dresses in costume and delivers with a dynamic and unique style that only she can.

“Was Christchurch the birthplace of Mary Poppins?” https://lostchristchurch.wordpress.com/2016/12/14/was-christchurch-the-birthplace-of-mary-poppins/

Featured image at top of the page is of Amber in front of the Royal Exchange/Bank of England during filming of Mary Poppins Returns.