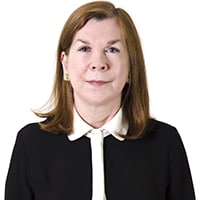 Welcome to this brief summary of some of the history, human and architectural, of Lincoln’s Inn.  Let’s start with the basics.

Where, what and when

Lincoln’s Inn refers to a particular place and to the Honourable Society of lawyers lucky enough to work there. The grounds consist of 11 acres of lovely gardens surrounding some of London’s oldest buildings.

Lincoln’s Inn is situated between the three other Inns of Court – Gray’s Inn to the north. Inner and Middle Temple to the south. A man had to be a member of one of these Inns in order to qualify as a barrister. It is only in the last 100 years that women have been eligible for membership.

The Inns were built to provide barristers with chambers, as their offices are called, a library for research, a chapel for prayer and a hall for eating, drinking, debate and entertainment. Much like an Oxbridge college.

There is some debate about which of the Inns is the oldest.  The late Sir Robert Megarry claimed that title for Lincoln’s Inn – but he was one of its senior members and may have been a tad partial. It does have the oldest written records: the business of the Inn is recorded in Black Books (the colour of their bindings) and the earliest surviving book dates from 1422.  There is a strong tradition that Lincoln’s Inn was established by Sir Henry de Lacy, 3rd Earl of Lincoln, who had a town house in nearby Shoe Lane.  But he died in 1311, too early to be the founder.  A more likely contender is Thomas de Lincoln, a very senior lawyer with a student following.  He died in 1364.

Lincoln’s Inn is a legal enclave which exists for the convenience of the barristers who work there, their trainees and their support staff.  Membership of the Inn consists of students, pupils, junior barristers, Queen’s Counsel and benchers. Members of the Council, the Inn’s governing body, are drawn from the benchers.

Becoming a barrister is not easy. It involves an academic component, usually a law degree; a vocational component as an active member of the Inn; then work-based training, or pupillage, under the supervision of a senior lawyer.  Just over 40% stay the course.

The financial rewards for the most successful barristers are great: it is rumoured (and denied) that Jonathan Sumption earned £10 million in 2012, before he became a judge. This is exceptional – although most barristers make a good living when they have established a reputation.  But life for a newly qualified junior can be a challenge.  The anonymous author of ‘The Secret Barrister’ refers to an advertisement for a barrista to work in Parliament for more than a junior barrister was likely to earn.

The roll call of eminent lawyers who have stayed in Lincoln’s Inn is long and impressive – too long for this blog! It includes Sir Thomas More, Henry VIII’s Chancellor, William Penn, the founder of Pennsylvania, Oliver Cromwell and his son, Richard.  No fewer than 16 Prime Ministers from Walpole and Pitt to Thatcher and Blair have worked in Lincoln’s Inn, as have almost half the Lord Chancellors since 1800.

Originally the Inn was centred on the Old Hall and the original Chapel. Old Buildings were close by and constructed between 1525 and 1609,

This is the most atmospheric entrance to the Inn.  It was built between 1517 and 1521, using bricks made on the premises.  There is a story that Ben Jonson,  playwright, contemporary of Shakespeare – and sometime bricklayer- worked on the Gate House.

It is also thought to be the place where the Duke of Wellington escaped the pursuit of angry crowds, outraged by his opposition to the Great Reform Bill

Beyond the Gate House is the Old Hall, which Megarry regarded as the finest building in the Inn. There is a tablet in the north wall which says it was built in the fifth year of the reign of King Henry VII, or around 1490. (Pevnsner, however, dates it to the early sixteenth century.) The cost was met by gifts from members and benefactors. And with fines – there was a heavy but temporary increase in the fine payable for having sex with a woman in chambers, in the gardens or in Chancery Lane.  The barristers of the day appear to have been a lusty bunch. A few years later, in 1565, laundresses and other female servants were banned from the Inn unless they were under 14 or over 40, to safeguard the morals of members.

By the early twentieth century, the Old Hall was in danger of collapse, so, in 1924, it was carefully dismantled and rebuilt.

Next to the Old Hall is the Chapel, which was dedicated on Ascension Day, 1623 .  The sermon was preached by Dr John Donne, who had lately become Dean of St Paul’s.  He was previously the Preacher at the Inn and would have been familiar with the tones of the Chapel bell.  This is reputed to have been taken from the Spanish in 1596. It still tolls the curfew at 9pm and is rung when a bencher dies.  It may have inspired these famous lines from Donne: “…never send to know for whom the bell tolls; it tolls for thee.”

The Chapel stands on pillars over an undercroft.  This could be used for enjoying fresh air even in bad weather.  It is paved with the gravestones of deceased members of the Inn, with one exception: the 17-year old daughter of Henry Brougham, 1st Barron Brougham and Vaux, member of the Inn and one-time Lord Chancellor. She died in 1839.

This was also the place favoured by desperate mothers for leaving the children they could not keep.  The children were adopted by the Inn, given the surname ‘Lincoln’ and trained to take up apprenticeships or domestic service.

By the early nineteenth century, the Old Hall was becoming too small  for the Inn. Work began on the Great Hall and the foundation stone was laid on 20 April 1843. The architect was Philip Hardwick, though the build was finished by his son.  It is the largest hall of any of the Inns.  This is where barristers can gather for lunch, for dinner during term-time, for instrumental and choral recitals and other entertainments. Most importantly, it is the place where junior members of the Inn are ‘called to the bar’, a necessary rite of passage on their way to becoming practising barristers.

The library is north of the Great Hall and joins it at an angle. It contains books which the Inn has been collecting for centuries.  It was extended in 1872 to a design by Sir George Gilbert Scott, famous for the Albert Memorial and the Midland  Grand Hotel at St Pancras. It will be interesting to see how use of the library changes, now that the law is accessible on the internet.

The Great Hall looks towards the back of Stone Buildings which were built between 1775 and 1780. Major repairs were required after bomb damage in WW2 but the exterior of the buildings is largely unchanged. It has a severe simplicity.  Stone Buildings overlooks North Gardens which once housed the ‘coney garth’ or rabbit warren. Fines were imposed on anyone who tried to catch a rabbit for the pot.  The rule was relaxed in 1572 and thereafter, an impecunious student could bag a bunny without risk of punishment.

This was built between 1682 and 1693.  It was intended to resolve a dispute over land ownership between the Inn and Mr Serle, a barrister and landowner.  The title to the buildings became mired in complexity which endures to this day – there are a number of ‘flying freeholds’.  This means the owner has no obvious rights of support from the building below or of shelter from the building above.

This is a modern addition to the Inn and caused much controversy when the building formerly on the site was demolished.  It was a seventeenth century House of Office – a loo, colloquially named the Boghouse. It was signed ‘Ladies’, ‘Benchers’ and ‘Members and Tenants’. Bad luck if you fell outside these categories.

From its distant beginings, there has been building, demolition, refurbishment and rebuilding at the Inn.  It has been owned by the Honourable Society since 1580 and it is difficult to imagine that members of the Inn could be induced to sell up. But do visit and enjoy the gardens, the architecture and the interesting lives of members of the Honourable Society , mostly clever and some good.

Featured image is taken from The east gate into Lincoln’s Inn, Christine Matthews, CC BY 2.0