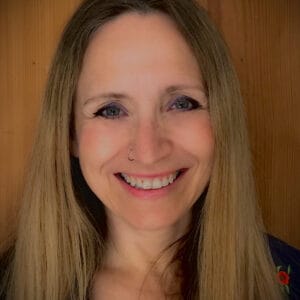 A green haven of tranquillity tucked away behind the hustle and bustle of Camden Road, Camden Square is a real gem which is largely the preserve of the locals.  Its origins go back to 1788, when an Act of Parliament allowed Charles Pratt, Earl of Camden, to develop his estate to the east of what is now Camden High Street. Camden Square was designed as the centrepiece of Camden New Town, a development of substantial detached villas aimed at attracting the wealthy middle classes, who could enjoy the luscious central gardens dominated by the neo-Gothic St. Paul’s Church at the top end of the Square.  The name “New Town” was probably a developer’s ploy to disassociate the square from the rapidly declining social status of Camden Town itself.

But only a short few years later, in 1863, the arrival of the railways put an abrupt end to Charles Pratt’s ambitious dream. The Midland Railway into St Pancras steamrolled through the Square and, with its cut-and-cover method, resulted in a number of properties being demolished while bringing smoke and noise in its wake. Luckily for them, the residents of the Square had exclusive access to the private central gardens, where they could indulge in leisurely pursuits like a game of tennis. In 1880 the first tennis court was marked out in chalk, and by 1882 five more followed in the lower part of the Square. A tennis club was founded which continued to flourish: the courts even remained in use during WW1 (much to the dismay of the residents who castigated some tennis club members for “using the courts for play during the time the bodies of late residents were lying dead in their houses”).

During WW2 the residents also opposed the proposal to turn the tennis courts into allotments in response to the Prime Minister’s appeal to “plant potatoes”. Eventually the tennis courts had to go in favour of trench shelters and the tennis club hut was converted into an Air Raid Precaution Post and a base for Fire Watchers. Due to its proximity to the railways, several houses were bombed in the Square. Another victim of the war was St. Paul’s Church, which had been damaged by bombs and, proving too costly to repair, was eventually demolished in 1956. It was replaced by a single-storey chapel, distinctly lacking in artistic merit, but still providing an important spiritual service to the local community. After the war, like most other London squares, Camden Square was opened to the public and an adventure playground was provided at its southern end, now run by Camden Council.

Throughout its history, Camden Square has been home to many people of note.

At no. 64, a plaque marks the home of a fascinating Victorian, “pioneer in the scientific study of rainfall” and “founder of the British Rainfall organisation”. George Symons, resident of the Square from 1868 to 1900, took it upon himself to take daily weather records, staying up until midnight every day to take barometer readings every 15 minutes before walking to Printing House Square in the City to deliver his results to the Times newspaper. That is dedication for you! Allegedly, the contraption he used to make his meteorological observations is still in the back garden.

Camden Square is also linked to the leader of the suffragette movement, Emmeline Pankhurst, who on the night of February 10th, 1914 appeared on a balcony high above the Square and addressed a crowd of supporters with one of her most rousing speeches. Mrs Pankhurst was a fugitive under the cruel Cat and Mouse Act (allowing hunger-striking prisoners to be released and then re-incarcerated as soon as they had recovered their health) and police constables were hiding in the crowd, ready to re-arrest her. When she emerged from the house in a veil, escorted by her lady bodyguards, the police swooped in. But when they triumphantly unveiled her, they realised she was a decoy: the real Pankhurst had been smuggled out from the back by her loyal supporters.

Two decades earlier, no. 52 was home to another formidable lady who supported women’s suffrage. Annie Swan was a Scottish suffragist and novelist who published over a hundred works of fiction and, after running unsuccessfully for Parliament as a Liberal in 1922, became a founding member of the Scottish National Party. It is surprising that she managed to find the time to be the agony aunt for the “Woman at Home” magazine which she also edited for 24 years.

Freedom fighters and the Forgotten Irish

Today no. 50-52 is occupied by the London Irish Centre, the oldest and largest Irish centre in Britain. Its location was chosen for its proximity to Euston, where the train from Holyhead arrived.  On its wall a moving plaque unveiled in 2017 poignantly remembers the thousands of Irish immigrants who came to England to escape poverty and famine.

Founded in 1955 by Irish Catholic priests, worried about ill-prepared emigrants arriving in post war London, the centre initially provided accommodation and assistance, but quickly became an important social and cultural venue at the heart of the Irish community. Over the years, important political figures like Ted Kennedy and Gerry Adams have visited the centre, as well as big show-biz names like Bing Crosby, the Pogues, and more recently the international music star Ed Sheeran, who took time out of his 2018 sell-out tour to play a charity gig here.

The Irish weren’t the only immigrants who made Camden Square their home: some key figures in the Indian and African movement for independence also lived here.

The blue plaque at no. 57 commemorates V.K. Krishna Menon, politician and campaigner for India’s independence from British Home rule, who lived on the square from 1924 to 1947, before being appointed independent India’s first High Commissioner in the UK and eventually returning to his home country.

He was an intriguing character: he led a very ascetic life, reportedly surviving on a diet of tea (up to 30 cups a day!), toast and biscuits, and much to his landlady’s annoyance, he would have a bath every day (at a time when people were lucky to share a tin bath with the rest of their families once a week). Menon was deeply involved in Camden life: elected as a Labour councillor for the Borough of St Pancras in 1934, he held his seat for 14 years. Fired by his – alas unrealised – ambition to open as many libraries in the Borough as there were pubs, he introduced travelling libraries to promote literacy among the working classes. During WW2 he served as an air raid warden in Camden Square and in 1955 he was made a freeman of St Pancras, only the second person ever to be given the honour, the first being George Bernard Shaw.

Plans for African independence were also hatched in Camden Square. In 1938, no. 1 South Villas, at the north end of the square, was taken over by the West African Students’ Union (WASU), the most important centre for Africans in Britain at the time. This handsome Victorian villa, in this very respectable leafy square, became known as Africa House and quickly turned into the main centre for anti-colonial activity in Britain. Through its doors passed many influential figures who were to shape the future of several African countries, like Kwame Nkrumah, later president of Ghana, and Jomo Kenyatta of Kenya, who would both go on to lead their countries to independence. Paul Robeson, the singer, actor and activist who had been fêted by London society for his performance in Showboat but had still been refused entry to the Savoy Hotel, was also a frequent visitor.

The voice of Camden

However, for thousands of music fans, Camden Square only means one thing: a place to remember the extraordinary talent of Amy Winehouse, who in her very short and rather troubled 27 years of life produced some unforgettable tunes. No. 30 was her last home, where she passed away in 2011. The gardens just opposite her house have became a place of pilgrimage for her loyal fans, who flock here from all over the world to leave flowers, little gifts and messages on the road sign. Camden Council has even had to issue a statement urging her fans not to take these signs as 14 have gone missing in the last few years.

Featured image at top of the page is Camden Square from the east, (c) Elena Paolini, 2021