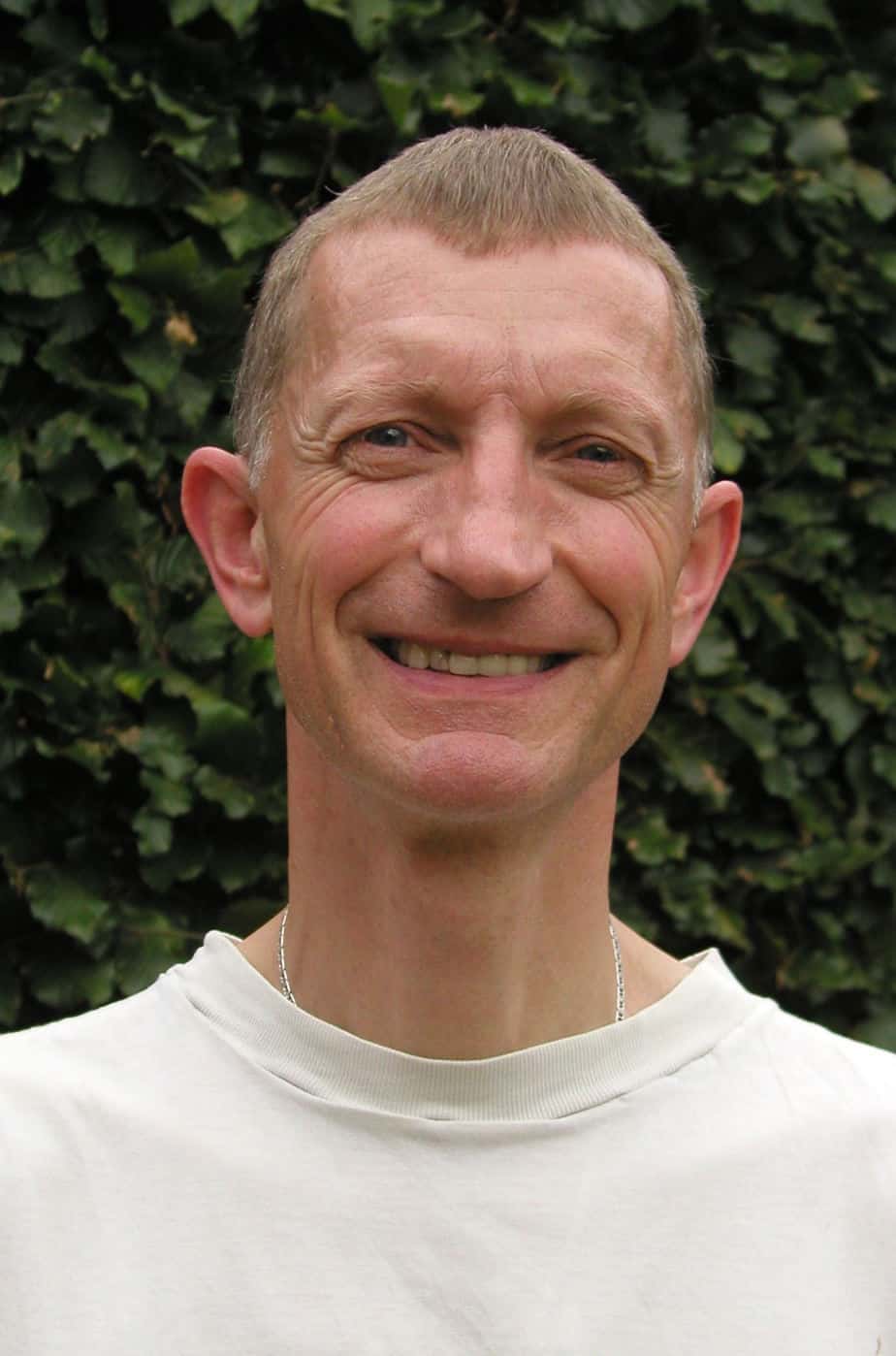 Although starting life arranged symmetrically either side of what was, at the time, the Foundling Hospital, these two squares are rather different today as the central garden of only one, Brunswick, is open to the public. Mecklenburgh continues as a ‘key’ garden usually only accessible to residents and members of Goodenough College. What’s the story? How did this happen?

The two squares, with Coram’s Fields between, developed on the Foundling Estate from the 1790s. Earlier in the 18th century, Thomas Coram, a shipwright, trader and sea captain, moved to Rotherhithe in 1720. He became concerned about the numbers of destitute and abandoned children he saw in his local area and on his journeys into the City. He was determined to help in some way and came to the idea of setting up a charitable institution – ‘Hospital’- to provide some sort of care for abandoned children. He must have been a tenacious individual because it took him until 1739 to achieve his dream. Initially located in Hatton Garden, a bigger site was needed, and some 56 acres were obtained from the Earl of Salisbury on the more open and airy western edge of London. The hospital was built in stages over the period 1742-52. By the late 1780s financial constraints led to the leasing of much of the original 56 acres for building development in order to generate income. Estates in the area were already being developed with fashionable squares as centrepieces,e.g. Bedford Square.

For the Foundling estate a strategic development plan was prepared by the architect Samuel Pepys Cockerell. In order to keep a more open aspect for the Foundling children, space to the east and west of the hospital buildings was preserved with building only to be allowed on three sides of the planned two squares. Brunswick Square was developed first with houses on the south side by 1801. At Mecklenburgh Square building started from 1809. As was typical of the period, the gardens in the centre of the squares were enclosed and preserved for the use of residents only. On payment of an annual subscription for the upkeep of the gardens access was granted by key, hence these were known as ‘key gardens’.  Over the years many of the gardens of London squares have been opened up as public spaces for all to enjoy. How did this happen?

WWI brought some changes in accessibility to many key gardens. Local residents of a number of squares opened them up to recuperating military personnel being treated in nearby hospitals, Mecklenburgh being one. In the 1920s pressure increased on redeveloping London’s garden squares. The loss of open spaces at Endsleigh Gardens and Mornington Crescent prompted campaigns to preserve existing squares. At this time the Foundling Hospital decided to quit central London and move to the country. There were even plans to move Covent Garden market here at the time. Ultimately the London Squares Preservation Act of 1931 came into force which protected all squares within the LCC area from building development. Other changes were taking place to the buildings around many squares as original residential buildings were becoming dilapidated and ripe for redevelopment. Some, like at Brunswick, were to become less residential and more commercial in nature. By the late 1930s the north side of Brunswick Square saw the establishment of the London School of Pharmacy adjacent to the new London HQ offices for the Foundling Hospital. Today, this building serves as the Foundling Museum which incorporates a number of features and rooms from the original hospital.

WWII was to have a profound effect on London squares. During the war most lost their iron railings and began to be made use of for war purposes such as air raid shelters and allotments as well as, in many cases, allowing general access for public utility. During the war people like Sir Patrick Abercrombie were considering plans for the rebuilding of London. The publication in 1943 of the County of London Plan included the proposal that London squares should be open to all. By 1947 the Town and Country Planning Act came into force which conferred powers to local borough councils to acquire central gardens. Generally, this resulted in those squares where the surrounding buildings had become commercial rather than residential as being the ones which were most likely to become open to all.

Here, between the two squares, Coram’s Fields was bought by Lord Rothermere and others to be preserved as a children’s playground and is now owned and managed by an independent charitable trust. Brunswick and Mecklenburgh Squares are now owned by the London Goodenough Trust and the former is leased to and administered by the London Borough of Camden.

None of the original late 18th century buildings survive today. After the war the houses on the west side were demolished and today’s Brunswick Centre, with its shops and residential flats above, was built 1967-72 (refurbished 2002-06). The gardens are now open for all to enjoy. The central area is dominated by 2 large London plane trees, one of which has been allowed to develop an uncharacteristically spreading form with huge side branches spreading out from low down the main trunk (see featured image at top of page). This is so distinctive that it was voted one of London’s top 10 trees following a public survey after the ‘great storm’ of 1987. It was probably planted when the gardens were first made in the 1790s. London Planes are largely sterile and thought to be hybrid between a western species from north America and an eastern species from Europe and was first grown in Spain in the 17th century. They became a typical tree of London’s streets and parks, tolerating the polluted air of the 19th and early 20th centuries due, at least in part, to their peeling bark which gives their trunks that characteristic mottled appearance. Nearby, in the central round bed are a trio of small, elegant, snake-bark maples with their green trunks marked with flowing grey lines. Other trees here include fine copper beeches and a maidenhair, or gingko. On the eastern side there is an easily overlooked small tree, an elm. Elms, once widespread, were decimated by Dutch Elm disease in the latter part of the 20th century. This one, helpfully labelled, is a Wych elm, a species more common in northern parts of the UK. Is its survival here because it is so isolated from other specimens that it is simply beyond the range of the beetles which transmit the fatal fungal disease?

Developed later than Brunswick, Mecklenburgh was given a grander appearance by the creation, on the eastern side, of a ‘palace’ front to the terrace. Although suffering some damage during WWII, this side has been restored to its original appearance.

In 1930 Frederick Goodenough, chairman of Barclays Bank, established a residence on Mecklenburgh Place to provide accommodation for international postgraduate (male) students. Known as London House, this has now expanded to fill the south side of the square. After WWII William Goodenough House was instigated on the bomb damaged north side to provide similar accommodation for female students and families (here nos. 43-47 are original). Accommodation has been mixed since 1991 and the institution renamed Goodenough College in 2001. Currently it has some 700 members from 80 countries.

To begin with, as was the norm, access to the central gardens was by key to subscribers. In 1813 the annual charge was £2 2s. Rules were adopted as those already established for Brunswick Square. Access was for the families of subscribers. Female servants were only allowed in if with family members, and male servants were not to be admitted ‘under any pretence whatsoever’, likewise dogs! Some ill-mannered passers-by, invading from Gray’s Inn Lane, ‘exposed subscribers to insult’ which led to the employment of a beadle to patrol during the day and eventually the installation of gates with lodge and lodgekeeper to keep out the riff-raff.

The gardens were enclosed with iron railings and planted up around 1810. An original planting list exists which shows that, as well as the now ubiquitous London plane, there were many other trees and shrubs including oak, beech, sweet chestnut, birch and tulip trees. Most of the plane trees which dominate the scene today were planted then. These are the only survivors of the original planting and have grown into some fine specimens with typical soaring trunks giving a high canopy. There are a number of interesting plants in the gardens today. The Patterson border on the eastern side was planted in 1999 with native New Zealand shrubs and small trees by an alumnus of Goodenough; the microclimate of central London provides suitable conditions for many of these which would be unlikely to survive in less favoured areas. The gardens continue to be key gardens, accessible to residents and members of the college, although they are usually open several days a year, e.g. for tours during the Urban Tree Festival (May) and more generally during Open Garden Squares weekend (June).